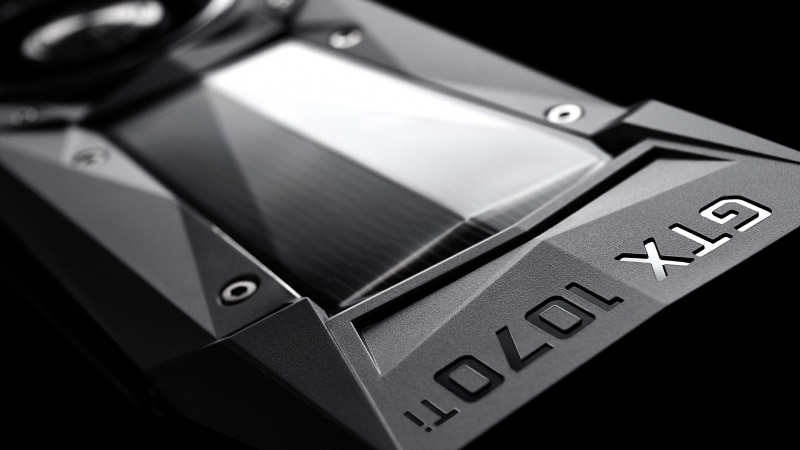 Nvidia has announced a new GPU, the GeForce GTX 1070 Ti, which slots in between the GeForce GTX 1070 and GeForce GTX 1080, both of which were launched in the middle of 2016. Nvidia fleshed out its range with more affordable GTX 1060 and GTX 1050 models over the course of last year, but this is the first new model to be inserted into the middle of the lineup. It is aimed directly at AMD's recently launched Radeon RX Vega 56, closing a gap in Nvidia's lineup which AMD was able to exploit.

Nvidia partners including Asus, Gigabyte, MSI, Zotac, Palit, Galax, PNY, and Inno3D will be launching GeForce GTX 1070 Ti graphics cards on November 2. Nvidia's Founders' Edition card, with the same blower-style stock cooler used across the rest of the GTX 1000 series, has officially been priced at Rs. 39,000 ($449 in the USA), but manufacturers will also be releasing custom versions with their own coolers and other tweaks. Street prices are also likely to vary thanks to cryptocurrency mining.

Nvidia says that units will be available on launch day in 238 countries including India. Online retailers in India already have one custom-cooed Inno3D model listed, priced at Rs 42,000. Radeon RX Vega 56 cards sell for the same amount, so other models should give it still competition. The GTX 1070 Ti will also displace factory-overclocked GTX 1070 cards which are priced at this level and even higher. There has been no official price reduction for the GTX 1070.