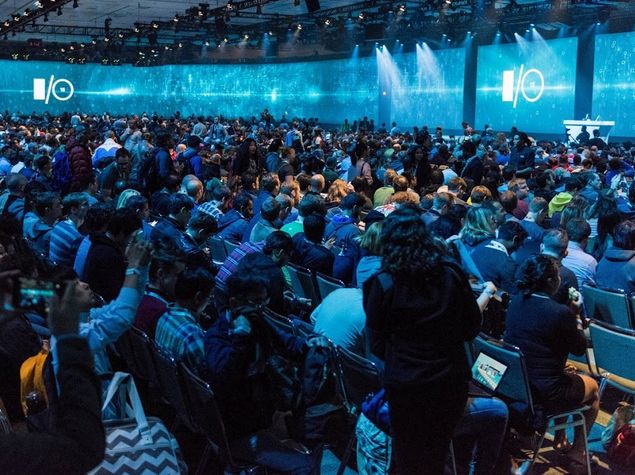 Google on Thursday at its eighth I/O annual developers' conference, held at the Moscone Center in San Francisco, revealed the next version of Android operating system dubbed Android M alongside announcing a new standalone service called Google Photos, which will store photos and videos for free.
(Also see: Google Photos With Free, Unlimited Storage: 10 Things You Need to Know)

The Mountain View company also released the new Android M developer preview, just like how Android Lollipop was released as Android L at last year's I/O conference. Similarly, the official name of the new OS version will only be revealed at the time of the next Nexus device launch, expected in October. Google also stressed that for Android M, the company has focused on improving the core experience of Android and has made some changes to the fundamentals of the platform apart from fixing several bugs. During the Google I/O keynote, the company also revealed that this time it will provide a clear timeline for Android M Developer Preview for testing and feedback to the preview build.

Here are biggest changes to Android that Google has introduced with Android M.

App Permissions
One of the biggest additions that Android M brings to the Android platform is the revamped app permissions. The company, as rumoured previously, announced increased user control of app permissions in the M release. Android M also changes existing permissions system by breaking down user permissions into specific categories, and having apps ask the user for permission at the time access to a feature is required. 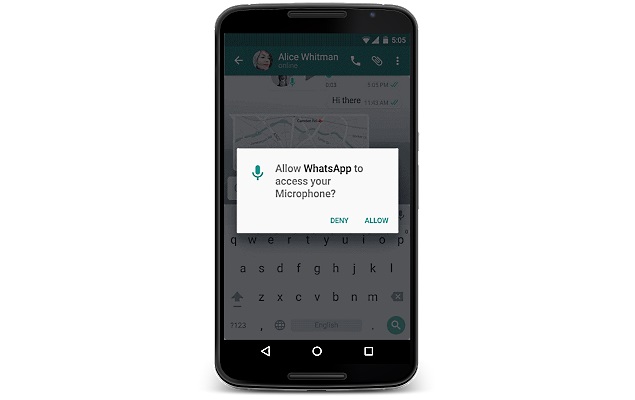 This changes how apps handle permissions, with apps now prompting requests for permissions when running, which means popups will flash in the right context and let users grant permissions for specific features. Additionally, users can manage all their app permissions in settings. The company has advised developers to design their apps in a way that they prompt permission requests in context, and even account for permissions that are not granted. "As more devices upgrade to M, app permission behaviour will be a critical development flow to test," writes Google.

Now on Tap
With Android M, Google Now gets a major revamp with the Now on Tap feature. It brings a major overhaul to how Google can provide contextual information within an app itself. It works within any app and automatically searches the context present on the screen by just long pressing the home button.

The Now on Tap search (see below screenshot) is different from conventional search as it presents cards with data and actions. Google gives an example of a texting app where you receive a text from a friend asking about dinner at a new restaurant - now you can ask Google Now to search about the new place without leaving the app. The company wants developers to implement App Indexing for Google Search to let users discover and re-engage with apps through Now on Tap.

Web Experience
Google at I/O 2015 also revealed a new Chrome feature that will change the Web experience for Android users, called Chrome Custom Tabs. Instead of embedding a Web view in an app, developers can enable a Google Chrome overlay on top of the active app.

This overlay or Custom Tab will give users the convenience of Chrome's power and security along with their saved settings and passwords. The feature will become available on a stable version of Chrome for Android sometime in Q3 2015. 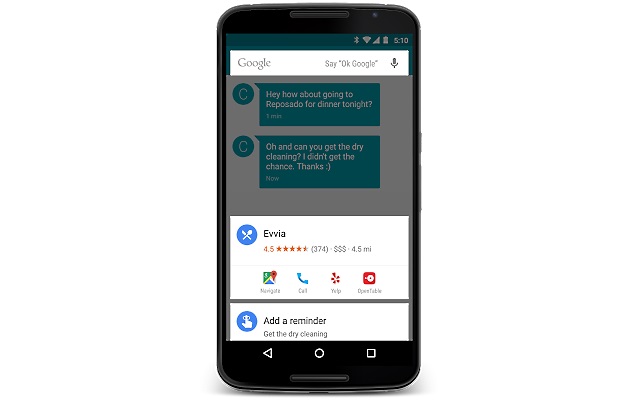 App Links
The next improvement in the latest Android M release is intended towards handling Web links. This means Google wants its OS to easily handle links between apps with its Android M release. Until now, clicking a link within an app prompted a popup message asking user to open it within the app or to open it in a Web browser. Instead, with Android M, developers can have the operating system verify whether a link should open within an app or open via a new one. Google details that developers can add an autoVerify attribute to their app manifest so that users can be linked deep into the native app without any disambiguation prompt.

Mobile Payments
Google was rumoured to be working on its new Android Pay mobile payment system for a long time and the company made it official at the I/O conference. The company revealed that Android Pay was developed on its work with Near Field Communications (NFC) in Android Gingerbread (v2.3) and Host Card Emulation in Android KitKat (v4.4). Android Pay will allow users to pay via their Android smartphones in stores or even in Android Pay partner apps. The new system will securely store details of credit cards, loyalty cards, and other payment-related data on the device. Google did not reveal the timeline of Android Pay's rollout but said it would be available on Google Play for download soon.

Fingerprint Support
Fingerprint scanning technology on smartphones has been around for some time; though has been limited until now to select OEMs and their individual implementations. Google with its Android M release wants it to change and has added fingerprint APIs for developers to add into their apps. Google believes that native fingerprint support enhances the Android Pay feature that will allow users to confirm the purchase with their fingerprint. Apart from Android Pay, the feature will allow users to sign-in or authenticate themselves on apps, as well as on websites via Google Chrome. 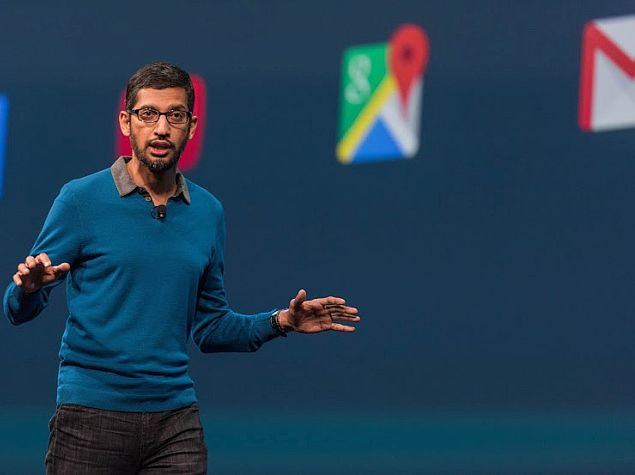 Power Management
Every year we see Google coming up with a new feature in its latest Android release to improve upon battery usage. Last year it was Project Volta and this year Google is coming up with a new feature called Doze. The company believes that the new feature will make Android devices smart about managing power. With Android M release, the OS will realise via tracking motion detection whether the device has been left unattended for a while. Following this, Android will limit or 'exponentially' back off background activity of an app with the purpose of extending battery life. The best example of this can be the Twitter app which keeps on adding new tweets on top for the user to see only to use more data or Wi-Fi thus affecting the battery life. This will change with Android M.

New RAM manager
Google is also bringing a new RAM manager that will offer more details about memory usage than just readouts for running apps. The new RAM manager in the Android M Developer Preview will be available in Settings > Apps. The manager will now show users how much memory recent apps are eating up and will rate them "good" and "average". Much like before, it will show individual app information. This new feature will let users recognise the most memory-hungry apps installed on the system and can help them to get rid of them.

With Android M, Google is adding the Adoptable Storage Devices feature which will treat external storage devices such as SD cards as internal. In order to do this, Google wants you to format your microSD card adding encryption which will make it only work on your device. The company will then let you use your microSD card on stock Android devices either as a portable storage or an internal storage. If the latter, users can then choose to store apps, app data, and other data on the SD card. As for external storage devices like USB drives, the new feature will let users assign as portable storage, and use it with the native file manager and get notifications for quick actions on the drive. 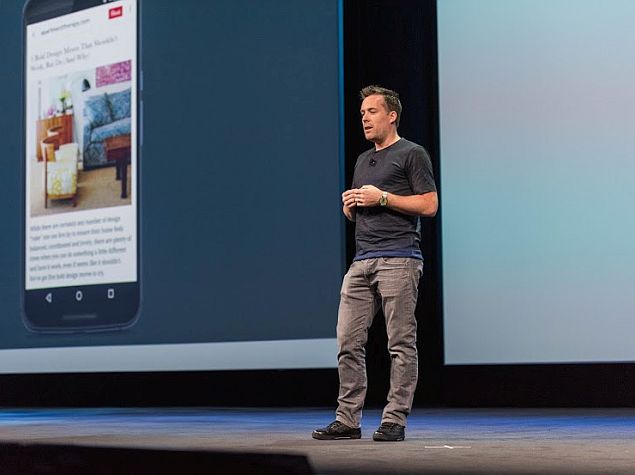 Auto Backup and Restore for Apps
With Android M, Google will also be bringing what may be one of the most useful features for users often migrating between devices or formatting their smartphones - auto backup and restore for app data. With Android M, users will get their all apps backed up automatically to Google Drive - specifically settings and app data less than 25MB in total.

The company confirmed that the automatic backups will occur every 24 hours and will not count towards the user's personal Drive storage share. Interestingly, the data of the app is uploaded to the user's Google Drive account after encryption. The feature would allow people signing into their Google account on new Android devices, or on a device after a factory reset, to recover all their app settings and app data once they reinstall their apps and sign-in. 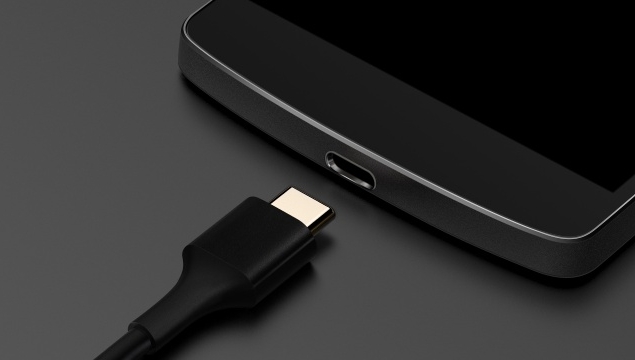 USB Type-C Support
Google at I/O 2015 also announced that Android M will support USB Type-C ports. While this is great in terms of reversibility, and that with new Android devices with the port built-in users will never have to worry about which way their cable is facing, it also adds some other features. Since the standard allows for transfer of power, video, and audio in both directions, users can rely on just one port for their A/V needs, and, also charge other devices - this last was emphasised by Google at the announcement as well. With the new USB standard, users will also be able to charge their Android devices 3-5 times faster than earlier. Alongside, Android M will also get USB support for Midi devices.

Much like Android L, the new Android M Developer Preview includes an updated SDK with tools, system images for testing on the official Android emulator. It will be available for testing on Nexus 5, Nexus 6, Nexus 9, and Nexus Player devices.

Google Maps to Get New Offline Search, Turn-by-Turn Navigation Features
Silk Road Creator to Be Sentenced Friday, Faces Up to Life in Prison