Realme C15 and Realme C12, both are powered by the MediaTek Helio G35 SoC. 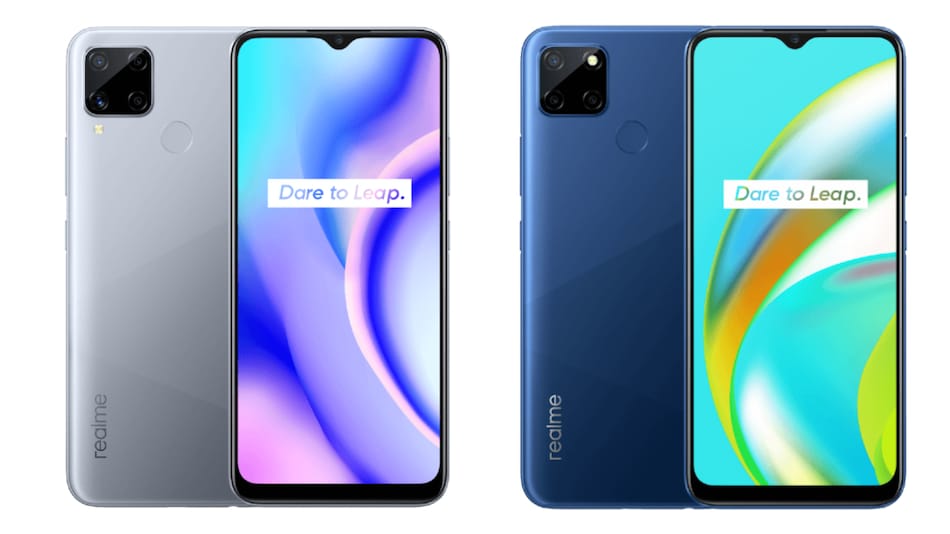 We pit the newly launched Realme devices – Realme C15 and Realme C12 – against each other to highlight the differences between the two, on paper.

Before we talk about the differences, let's detail all of the similarities with the two phones. The Realme C15 and Realme C12 support dual-SIM connectivity and run on Android 10-based Realme UI. The two phones feature a 6.5-inch HD+ (720x1,600 pixels) display with 20:9 aspect ratio and 88.7 percent screen-to-body ratio, and are powered by the MediaTek Helio G35 SoC. Both the phones come with a dedicated microSD card slot for storage expansion (up to 256GB). The Realme C15 and Realme C12 also pack large 6,000mAh batteries inside. Connectivity options on the phones include 4G VoLTE, Wi-Fi, Bluetooth v5.0, GPS/ A-GPS, and a Micro-USB port. There is also the rear-mounted fingerprint sensor found on both the devices. Both the phones measure 164.5x75.9x9.8mm and weigh 209 grams.