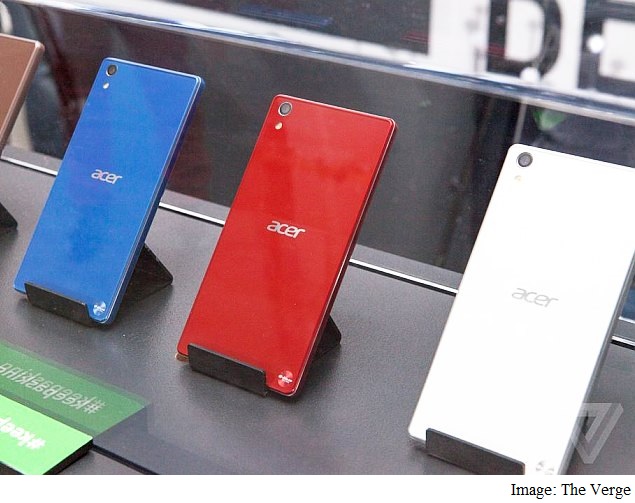 Acer on Tuesday launched a new smartphone - the Acer Liquid X2 - but has not yet revealed pricing and availability details.

Showcased during the company's New York press conference, the Acer Liquid X2's claim to fame is its massive 4000mAh battery and its ability to support three SIM cards. Notably, Lenovo this week also unveiled two smartphones with a 4000mAh battery, the Lenovo K80 (which also has 4GB of RAM) and the Lenovo A5000.

The triple-SIM Liquid X2 houses a 5.5-inch display with no word on the display resolution, and is powered by an unknown 64-bit octa-core processor. The handset also includes the same camera on the front and rear - a 13-megapixel offering with a f/1.8 lens.

The firm additionally showcased the Liquid X2's Quick Touch flip case with a vertical slot in between, which gives access to music controls, weather, time and other functions without opening the flip cover. Given the triple-SIM support and 4000mAh battery, Acer says the smartphone is made for those who travel a lot. Not all the specifications are known for the handset, including the Android version it will ship with, but more should be revealed closer to release.

Acer last month also launched its first Windows Phone 8.1 smartphone, the Acer Liquid M220. Acer, which has previously made Windows Phone 7 - powered smartphones, has added that the Liquid M220 will also be upgradeable to the recently announced Windows 10 OS by Microsoft.