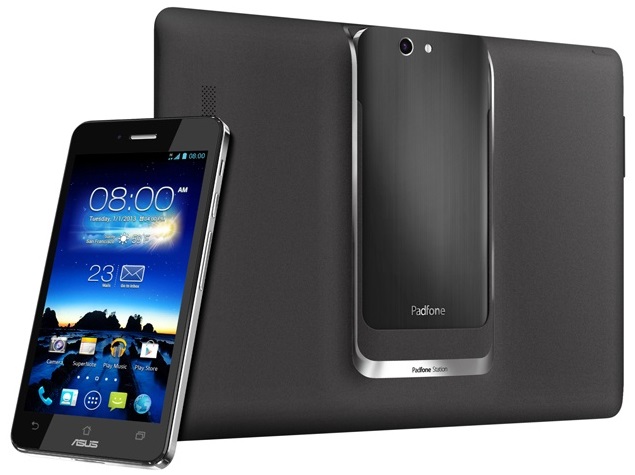 Asus has expanded its PadFone smartphone-tablet hybrid line-up with the launch of PadFone Infinity Lite.

The company has announced the Asus PadFone Infinity Lite for the Taiwanese market, priced at 13,990 New Taiwan dollars, which translates to roughly Rs. 28,700, while the tablet dock costs an extra 7,000 New Taiwanese dollars (Rs. 14,000 approximately).

Asus has also revealed that the new smartphone-tablet hybrid will be available in Taiwan in March, though it has not detailed any plans for a global release of the Padfone Infinity Lite.

Much like its predecessor the Padfone Infinity, the PadFone Infinity Lite comes with a tablet docking station, which in this case features a 10.1-inch full-HD (720x1280) Super IPS display, which offers 224ppi pixel density. Like previous iterations, the smartphone fits into the tablet dock, powering the tablet with its hardware. The tablet dock packs a huge 5000mAh battery.

The Asus PadFone Infinity Lite runs Android 4.1 Jelly Bean out-of-the-box, which is a dated Android version and unfortunately, the company has not revealed any plans to roll out any software update for the device.

Non-performers at Infosys may have to 'seek opportunities elsewhere': Murthy
Apple staging first iTunes Festival in US at SXSW from March 11 to 15