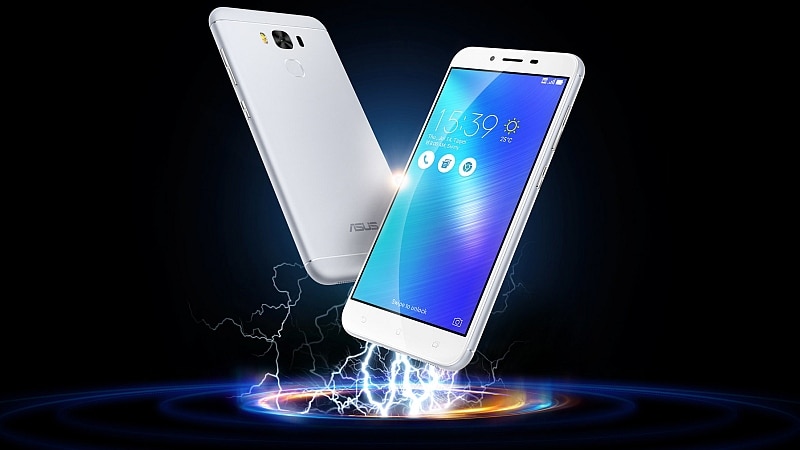 Asus is hosting an event in New Delhi on Wednesday, where the company is anticipated to launch the ZenFone 3 Max in the country. To recall, Asus had launched the other smartphones in the new ZenFone 3 series in India back in August - the ZenFone 3 Max is the only one remaining. The event is set to begin at 2pm IST.

Getting to the specifications, let's start with the Asus ZenFone 3 Max (ZC553KL). The dual-SIM (Micro+Nano) smartphone runs Android 6.0 Marshmallow with the company's ZenUI 3.0 skin on top, and sports a 5.5-inch full-HD (1080x1920 pixels) display. It is powered by a 1.4GHz octa-core Qualcomm Snapdragon 430 processor coupled with 3GB of LPDDR3 RAM. As far as the cameras are concerned, the  ZenFone 3 Max (ZC553KL) packs a 16-megapixel rear camera with an f/2.0 aperture and dual-LED flash, apart from an 8-megapixel front camera with an f/2.2 aperture and an 84-degree wide-angle lens.

It bears 32GB of inbuilt storage that can be expanded via microSD card (up to 128GB). The Asus ZenFone 3 Max (ZC553KL) measures 151.4x76.24x8.3mm and weighs 175.00 grams. Connectivity options include Wi-Fi, GPS, Bluetooth, USB OTG, FM, 3G and 4G (with support for Band 40 used by some LTE networks in India). Sensors on the phone include accelerometer, ambient light sensor, gyroscope, magnetometer, and proximity sensor.

As for the Asus ZenFone 3 Max (ZC520TL), the smartphone has similar specifications in most cases. A dual-SIM smartphone with the same version of Android, the smartphone bears a 5.2-inch HD (720x1280 pixels) display, and is powered by a 1.25GHz quad-core MediaTek with 3GB of LPDDR3 RAM. The Asus ZenFone 3 Max (ZC520TL) bears a 13-megapixel rear camera and a 5-megapixel front camera. It sports 32GB of inbuilt storage that can be expanded via microSD card (up to 32GB).