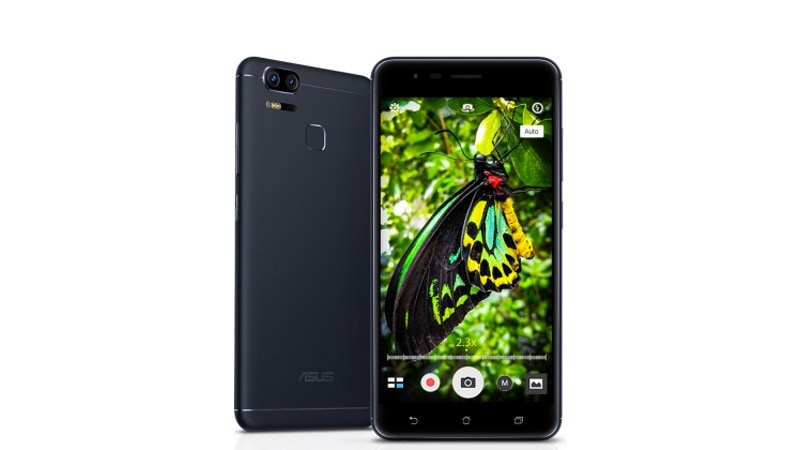 In February this year, Asus responded to a user query by saying that the company has delayed the release of its Asus ZenFone 3 Zoom smartphone in the US to Q2 2017 in order to upgrade its specifications. However, the company took a U-turn last month as it announced that the smartphone will not be getting a specifications upgrade for the region. Now, Asus ZenFone 3 Zoom smartphone has finally been made available in the US at $329 (roughly Rs. 21,300) and is now available via online retailers in the country as well as the official US site.

While the Asus ZenFone 3 Zoom was earlier set to be priced at $399 (roughly Rs. 25,800) in the US, it seems like the decision to opt out of specifications upgrade resulted in the reduction of the launch price for the smartphone. Notably, the company has launched the 3GB RAM + 32GB built-in storage variant in the US while the 128GB inbuilt storage variant with 4GB of RAM was launched in China earlier this year. In a statement on Tuesday, the company announced general availability of the smartphone.

Coming to the stand out feature on the Asus ZenFone 3 Zoom, the smartphone comes with a dual rear camera setup, with one 12-megapixel rear camera with Sony IMX362 sensor and an f/1.7 aperture, and the other 12-megapixel rear camera featuring 2.3x optical zoom. The primary camera setup features a 25mm wide-angle main lens as well. At front, the smartphone sports a 13-megapixel camera with a Sony IMX214 sensor, an f/2.0 aperture, and a screen flash feature. The smartphone will also support RAW file format with the Android 7.0 Nougat update, and it has a dedicated Manual mode that might be appreciated by photography enthusiasts.

"The ZenFone 3 Zoom has an improved TriTech+ autofocus system with Dual Pixel technology as one of its three focusing technologies. Dual Pixel AF gets its name from the two-phase detection sensors located on each pixel that can detect the movement of subjects by analysing the variations between the light rays hitting the two sensors," the company said in its release.

Asus has called ZenFone 3 Zoom as the "thinnest and lightest" smartphone that features a 5000mAh battery. The dual-SIM smartphone is 7.9mm thick, and weighs 170 grams.

Moving on to the other specifications, ZenFone 3 Zoom runs Android 6.0 Marshmallow out-of-the-box, sports a 5.5-inch full-HD (1080x1920 pixels) AMOLED display and is powered by a Qualcomm Snapdragon 625 processor. As we mentioned earlier, the smartphone comes with 3GB of RAM and 32GB of inbuilt storage. The connectivity options on the smartphone include 4G LTE, Wi-Fi, Bluetooth, GPS, and NFC.