Google Pixel 8 Series to Reportedly Get New SoC Based on Exynos 2300, Codenames Leaked

Google Pixel 8 and Pixel 8 Pro are said to have "Shiba" and "Husky" as their internal model designations, respectively. 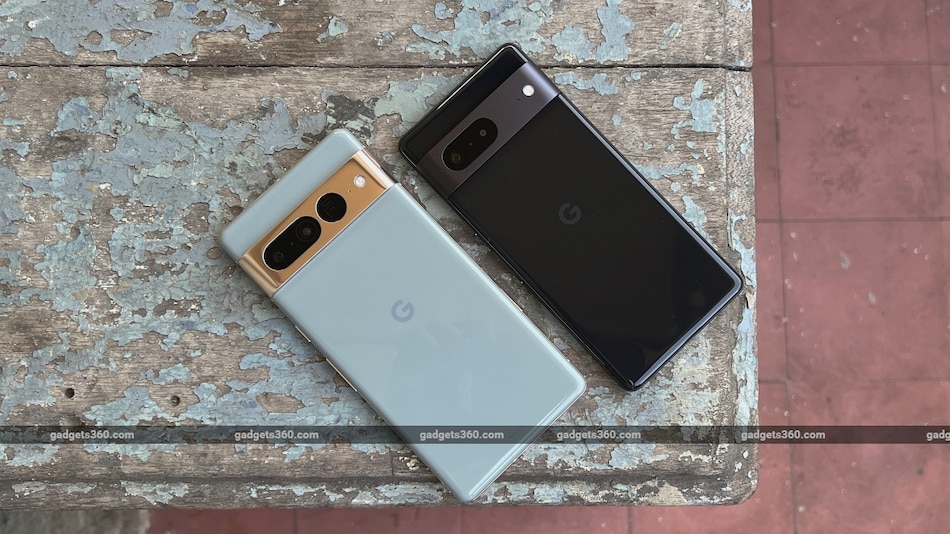 Google Pixel 7 series powered by the second-generation Tensor G2 SoC was unveiled last month, but rumours of next year's Pixel models, speculated to be the Pixel 8 series, have started coming in. The Pixel 8 and Pixel 8 Pro are said to have "Shiba" and "Husky" as their internal model designations, respectively. The next-generation flagship smartphones from Google are said to use the third-generation Google Tensor SoC that is based on Samsung's Exynos 2300.

As per a report by Winfuture.de (German), Google is working on new Pixel flagship smartphones — Pixel 8 and Pixel 8 Pro, that are codenamed Shiba and Husky, respectively. They are said to run on Android 14 and will be powered by a new SoC codenamed "Zuma", which is being developed by Google and Samsung. The SoC is speculated to be a customised variant of the Exynos 2300 SoC and would be accompanied by the same Samsung G5300 modem that's found in the Google Tensor G2 SoC. Zuma could come with optimisations for machine learning and AI.

The upcoming smartphones could include a total of 12GB of RAM. The display of Shiba is said to offer a full-HD resolution of 1,080x2,268 pixels, while the Husky's display could have a 1,344 x2,822 pixels resolution.

The report does not mention when the search giant will launch the next-generation Pixel smartphones. If the launch timelines of previous Pixel flagship smartphones are any indication, the upcoming Pixel 8 series could launch somewhere around October next year.

The Pixel 7 series smartphones were given the codenames Cheetah and Panther. Google Pixel 7 and Pixel 7 Pro powered by the second-generation Tensor G2 SoC were unveiled last month. They are offered in three colour options and have an IP68 rating for dust and water resistance. The Pixel 7 features a 50-megapixel dual rear camera setup, while the Pixel 7 Pro flaunts a triple camera setup with an additional 48-megapixel telephoto lens.

Crypto Industry Spent Millions of Dollars on US Midterm Elections During Year of Heavy Losses
Featured video of the day
Snapdragon 8 Gen 2 Chipset: Everything You Need to Know