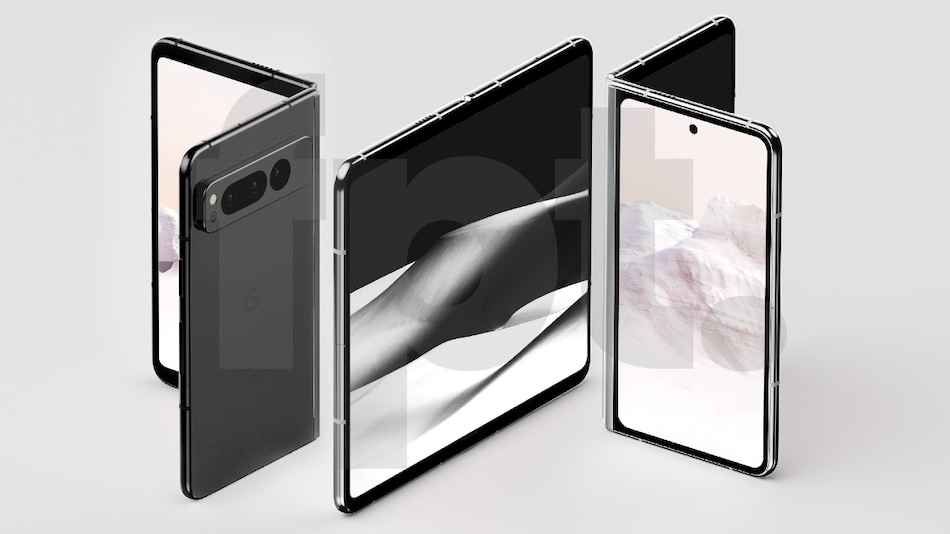 Google Pixel Fold is said to get 9.5-megapixel selfie cameras on the inner, cover displays

Google Pixel Fold's first look has been leaked. The rumoured foldable from Google is said to be codenamed 'Project Passport' and could arrive in May 2023. The alleged Pixel Fold renders showcase the device having a metal and glass body. Most notably, its massive inner display appears to sport bezels, instead of a hole-punch or under-display camera. However, the cover display is depicted with a hole-punch selfie camera. Users are said to expect a 'Pixel-esque performance' from this Google smartphone.

The alleged Pixel Fold renders were leaked by Jon Prosser from over at Front Page Tech. This Google foldable smartphone is reportedly codenamed 'Project Passport' and the Pixel Fold moniker is most likely set in stone. The handset is said to have a metal and glass body, which is supposedly 'very heavy'.

Its specifications are still unknown, however, it is said to offer a 'Pixel-esque performance'. The Pixel Fold could come in Chalk (white) and Obsidian (black) colours. Google will reportedly price this foldable smartphone at $1,799 (roughly Rs. 1,50,000). The Pixel Fold is rumoured to launch in May 2023 alongside the Pixel Tablet.

The Pixel Fold is said to have a massive inner display with bezels and no hole-punch slot or under-display camera. It seemingly sports a selfie camera on the top right corner of the inner display. However, the cover display supposedly gets a centrally-aligned hole-punch slot. Both of the front-facing shooters are said to get 9.5-megapixel sensors.

This Google smartphone appears to sport a triple rear camera setup on the back housed in a protruded camera strip. The Pixel Fold is depicted with speakers on the top and bottom. It is said to get a USB Type-C port and its power button may double as a fingerprint sensor.