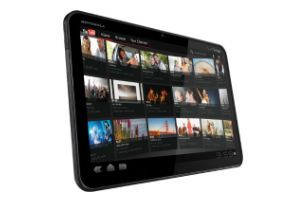 Highlights
Google said on Monday that it has agreed to acquire Motorola Mobility, the cellphone handset maker, for $12.5 billion.

The acquisition is the company's largest, and would turn Google, which makes the Android mobile operating system, into a full-fledged cellphone manufacturer in direct competition with Apple.

It is certain to attract significant antitrust scrutiny. The Federal Trade Commission is already investigating Google's dominance in several areas of its business.

Google said that Android, which the company gives away to cellphone manufacturers, would continue to remain an open system, but that Google would also become a competitor to those partners, like Samsung and HTC.

"Together, we will create amazing user experiences that supercharge the entire Android ecosystem for the benefit of consumers, partners and developers," Google's chief executive, Larry Page, wrote in a company blog post.

The price is a 63 percent premium to the closing price of Motorola shares Friday. Google said it expects the acquisition to close by the end of the year or the beginning of next year.
Comments