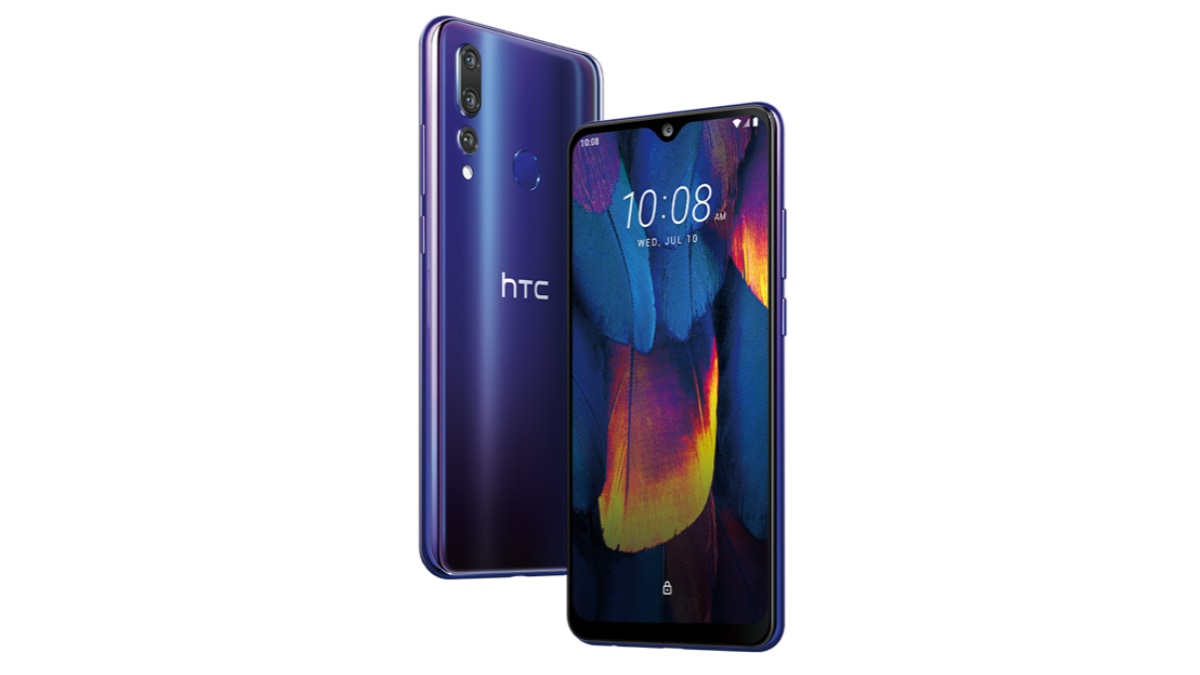 HTC Wildfire X has been launched in India. The new HTC phone comes after the company's long break of over a year since it launched the Desire 12 and Desire 12+ in the country back in June last year. HTC's brand licensee InOne Smart Technology has brought the HTC Wildfire X to the Indian market in two distinct variants. The smartphone also comes preloaded with the "Mybuddy" feature that is touted to offer personal security to users. Other key highlights of the Wildfire X include triple rear cameras and a waterdrop-style display notch. The phone also comes with a six-month no-questions-asked accidental and liquid damage protection service and is bundled with a complimentary pick up and drop facility.

The HTC Wildfire X price in India has been set for a limited period at Rs. 9,999 for the 3GB RAM + 32GB storage option, while its 4GB RAM + 128GB storage variant carries a limited-period price tag of at Rs. 12,999. Both models in a single, Sapphire Blue colour option and will go on sale through Flipkart starting August 22.

Launch offers on the HTC Wildfire X includes coupons worth Rs. 3,750 for Vodafone and Idea customers along with an additional 500MB data per day for 18 months. The operator will provide a total of 50 coupons worth Rs. 75 each that will be available upon recharging with Rs. 255 through the MyVodafone or MyIdea app.

Considering the price, the HTC Wildfire X will compete against the likes of Realme 3i, Redmi Note 7S, and Nokia 4.2. To recall, HTC downsized its operations in the Indian market back in July last year, and this launch represents brand licensee InOne Smart Technology's first HTC branded phone in the country. As you'd probably remember, HTC sold its smartphone design division to Google, a deal that was completed earlier this year.

The HTC Wildfire X sports a 3D OPVD mirror finish and flaunts Hyper Optical patterns at the back. There is also the Mybuddy feature that is claimed to allow users to pull out the device from the shell to trigger a loud alarm, send live location information, and record and transmit audio/ video of the surroundings in real time.

On the specifications front, the dual-SIM (Nano) HTC Wildfire X runs Android 9 Pie and features a 6.22-inch HD+ (720x1520 pixels) HD+ IPS display with the waterdrop-style notch and 88.8 percent screen-to-body ratio. The phone is powered by an octa-core SoC, coupled with 3GB and 4GB RAM options.

The HTC Wildfire X has the triple rear camera that consists of a 12-megapixel primary sensor with 1.25-micron pixel size, 8-megapixel secondary sensor, and a 5-megapixel tertiary, depth sensor. The rear camera supports 8x hybrid zoom and is paired with a dual-tone LED flash.

For selfies, the HTC Wildfire X houses an 8-megapixel selfie camera sensor at the front along with a wide-angle, 86-degree lens.

The HTC Wildfire X has 32GB and 128GB of onboard storage options that both are expandable via microSD card (up to 256GB). Connectivity options on the phone include 4G LTE, Wi-Fi, Bluetooth, GPS/ A-GPS, USB Type-C, and a 3.5mm headphone jack.

Further, the HTC Wildfire X comes with an array of sensors that include an accelerometer, ambient light, gyroscope, and proximity sensor. There is also a fingerprint sensor at the back. The phone packs a 3,300mAh battery that works with an AI technology and supports 10W charging. Besides, it measures 156.7x74.9x7.95mm.