Huawei P50 Pocket New is tipped to run on HarmonyOS 3. 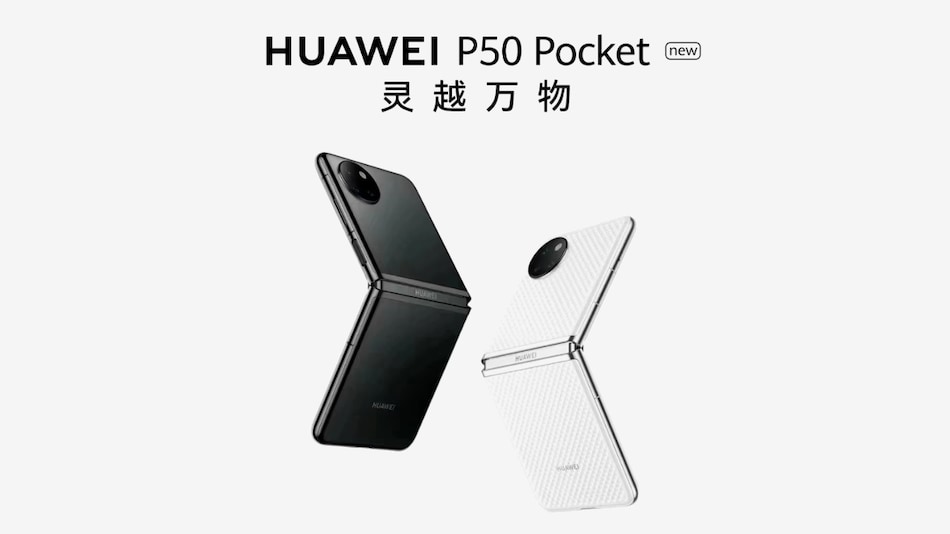 Huawei P50 Pocket New alleged poster has been recently leaked by a tipster, which includes a few of its specifications. It is being speculated that Huawei is seemingly edging close to bringing a new, slightly cheaper, variant of the P50 Pocket foldable smartphone to the market. This handset is dubbed 'Huawei P50 Pocket New' for now and has been tipped to be powered by a Qualcomm Snapdragon 778G SoC. This clamshell foldable handset has also surfaced on the TENAA certification site with the model number BAL-AL80. It is said to pack an upgraded battery with a 4,260mAh-rated capacity.

A recent tweet by tipster Teme (@RODENT950) claims that the Huawei P50 Pocket New will be powered by a Snapdragon 778G SoC. In comparison, the P50 Pocket that launched last year in December features a Snapdragon 888 4G SoC. The alleged leaked poster indicates that this new variant will not sport a cover display.

The leaked poster also suggests that the P50 Pocket New will come in Crystal White and Obsidian Black colours. It is said to feature an XMAGE ultra-wide image sensor. The foldable smartphone will seemingly come with a single 120Hz OLED screen. It could run on HarmonyOS 3.

This new clamshell foldable smartphone from Huawei has also been listed on the TENAA certification site. The listed smartphone bears the model number BAL-AL80. The listing does not reveal detailed specifications of this handset. However, it is said to feature a 4,260mAh battery, which is a 260mAh bump from the battery capacity of the P50 Pocket.