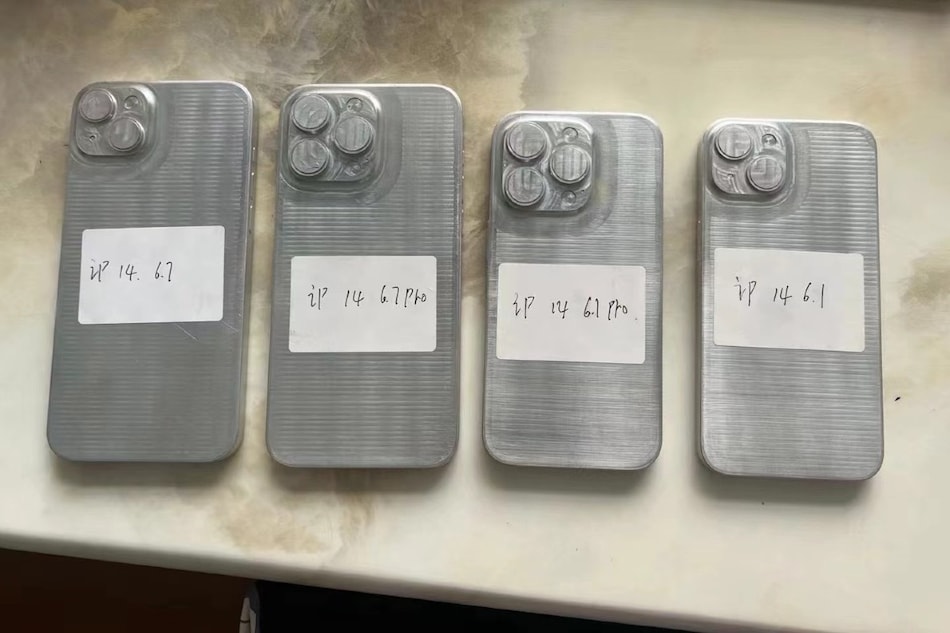 A tipster on Weibo has shared the image that apparently shows the aluminium moulds of the iPhone 14 models. These could be made specifically for use in producing third-party cases for the next-generation iPhone models.

One of the biggest changes that the image suggests in the iPhone 14 lineup is the lack of the 5.4-inch 'mini' model. Several reports in the past indicated that Apple is planning to not unveil the iPhone 14 mini as the successor to the iPhone 13 mini.

The lineup in the image, thus, shows four new iPhone models, where one of them is the 6.1-inch option that could debut as the iPhone 14 Max — the new, relatively affordable iPhone in the series.

Additionally, the image suggests that the camera bump on the new models is more prominent over the one we had on last year's versions — especially in case of the purported iPhone 14 Pro and iPhone 14 Pro Max.

Apple could be able to fit in an improved camera setup on the iPhone 14 Pro models by moderately increasing the camera bump.

Exact details on the launch of the iPhone 14 series are yet to be revealed. However, Apple is suggested to schedule its announcement for some time in September.