JioPhone Next said to go on sale just before Diwali. 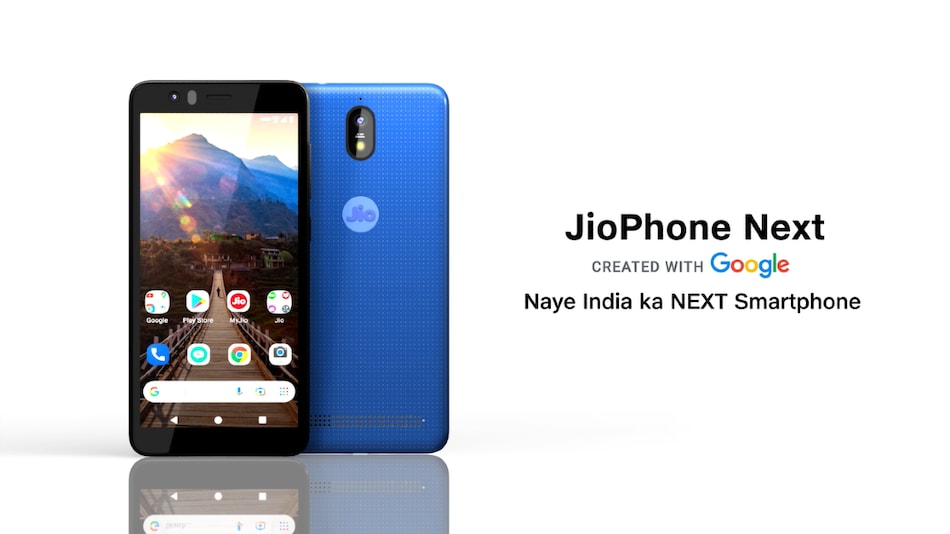 JioPhone Next will be powered by a Qualcomm SoC

JioPhone Next sale is set to commence just before Diwali. Ahead of that, the phone's key specifications and features have been revealed in a short video teaser. JioPhone Next is teased to run on an optimised Android-based Pragati OS. The phone has been created in partnership with Google and is set to be powered by a Qualcomm chipset. Other features include voice assistance, Read Aloud, Translate, a 13-megapixel rear camera, and preloaded Google, Jio apps. JioPhone Next design details has also been unveiled in this short video.

The video details the making of JioPhone Next and its key features ahead of launch. The first smartphone from Jio has been assembled in Tirupati, Andhra Pradesh. It will run on the newly designed Pragati OS that is powered by Android and is specifically made for the Indian audience. The new operating system claims to offer “optimum performance while ensuring long battery life.” JioPhone Next will come with automatic software upgrades as well.

The video shows the JioPhone Next handset from various angles, revealing a Micro-USB port, capacitive touch buttons, and a 13-megapixel sensor placed inside a capsule-shaped rear camera module. The module also houses a flash just below the sensor. Rear camera features will include portrait mode, night mode, and preloaded custom India-augmented reality filters. The smartphone is seen to have a dotted textured back panel, rear speakers, and significant bezels surrounding the display. The selfie camera is shown with what appears to be a flash support.

Apart from this, JioPhone Next will also come with a voice assistant that will help users operate the smartphone by responding to commands such as “open app” and “manage settings.” There's also a ‘Read Aloud' feature that allows the user to have on-screen content read out to them. This allows users to consume content by listening in a language which they can understand. Lastly, JioPhone Next integrates a ‘Translate' functionality as well that allows the user to have any text translated to the language of the user's choice.

Samsung Cloud to Stop Support for Gallery Sync and Drive Storage for My Files: All Details