The rumoured Lenovo Legion Halo may come in three configurations. 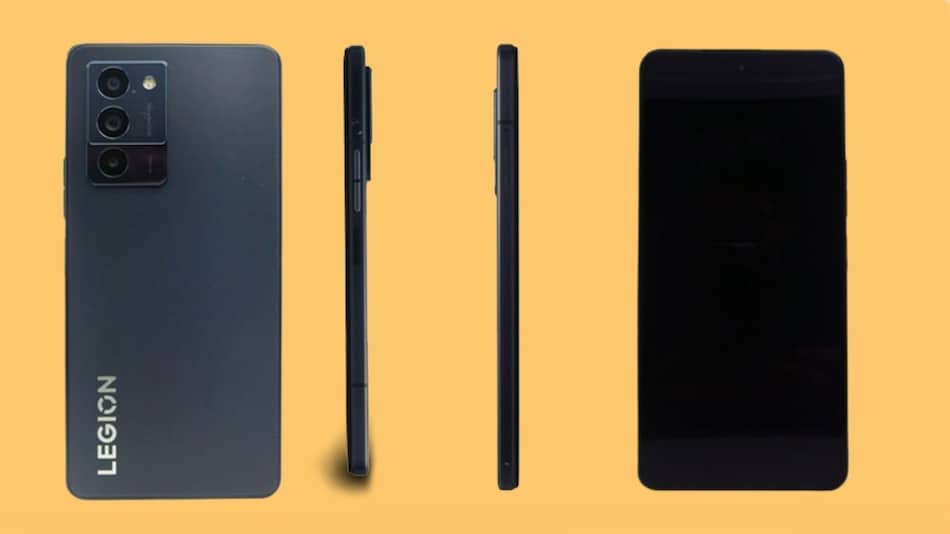 Lenovo Legion Halo gaming smartphone alleged images and specifications have been leaked by a tipster. The rumoured handset is tipped to come with Qualcomm's flagship Snapdragon 8+ Gen 1, which could be coupled with up to 16GB of RAM. The news comes a day after the smartphone was allegedly spotted on Geekbench listing with the Qualcomm Snapdragon 8+ Gen 1 SoC and 8GB RAM. As far as the design is concerned, the leaked image suggests that the phone has a triple rear camera setup in a rectangular module along with an LED flash.

Tipster Mukul Sharma shared the alleged image and specifications of the rumoured Lenovo Legion Halo in different tweets. The image suggests that the phone will have a triple rear camera setup on the top left corner with Legion branding below the camera module. It looks like the volume rocker and the power button with an embedded fingerprint sensor are on the rumoured gaming phone's right spine. The Lenovo phone could be launched in Grey and Silver colour options.

As per a second tweet by Sharma the smartphone gets a full-HD+ AMOLED display with 1,080x2,400 pixels resolution. Under the hood, the rumoured Lenovo Legion Halo is tipped to come equipped with Snapdragon 8+ Gen 1 SoC paired with up to 16GB of RAM. It could come with up to 512GB of inbuilt storage. Other RAM options include 8GB and 12GB, and storage options include 128GB and 256GB.

Earlier this week, similar specifications of the rumoured Lenovo Legion Halo were tipped by an alleged Geekbench listing of the smartphone.

As far as camera is concerned, the rumoured Lenovo Legion Halo gets a triple rear camera setup headlined by a 50-megapixel main camera sensor, which is paired with a 13-megapixel secondary sensor, as per the tipster. The information about the third sensor in the rear camera setup and the one on the front is not public yet. The handset is tipped to pack a 4,880mAh battery. It is suggested to measure 163.72x77.11x7.99mm and weigh 205g.

Earlier this year, tipster Evan Blass claimed that the Lenovo Legion Halo will launch in Q3 2022 with a 6.67-inch full-HD+ POLED display that has a refresh rate of 144Hz.