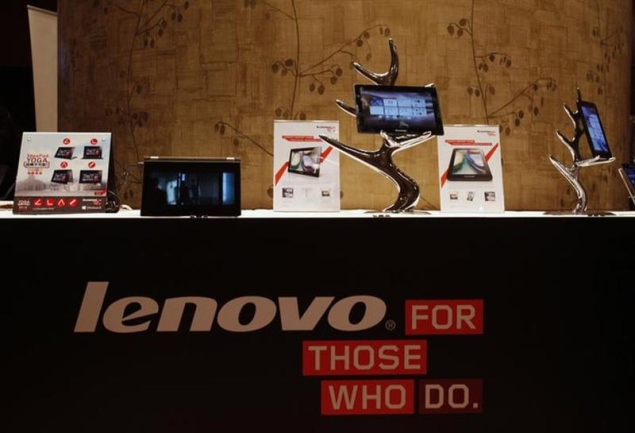 China's Lenovo Group, the world's No.2 PC maker by shipments, said on Tuesday it was in preliminary talks with an unidentified party on a potential smartphone business joint venture. It gave no further details.

Japanese media have reported that Lenovo, just shy of overtaking Hewlett-Packard as the top global PC maker, would set up a joint venture with Japan's NEC to focus on smartphone manufacturing and distribution.

NEC was in talks with Lenovo, already a joint venture partner in PCs and tablets, earlier in 2013 on the sale of its mobile unit, according to media reports and a source familiar with the discussions.

An NEC spokesman declined to comment on the possibility of a joint venture but acknowledged the troubles that unit is facing.

"Our mobile phone business is in a difficult state and we acknowledge that we need to decide on a direction for the business. For that, we are considering various opportunities and that stance up until now has not changed."

Lenovo has spent heavily over the past few years to strengthen its PC business, with purchases such as Brazilian electronics maker CCE in 2012, Germany's Medion in 2011 and IBM's PC business in 2005.

It is also conducting a roadshow for a US dollar denominated notes issue on Tuesday, although it has given no details.

"The board would like to inform the shareholders of the company and potential investors that the company is in preliminary negotiations with a party in connection with a potential joint venture transaction," Lenovo said in a statement to the Hong Kong stock exchange.

With demand booming for mobile computing gadgets, Lenovo has been aggressively pushing out smartphones and tablet PCs and is now the second largest smartphone maker in its home market in China.

Apart from NEC's mobile's mobile phone business, Lenovo has been rumoured in the market since 2012 to be on the hunt for other acquisition targets, including IBM's low end server business, Nokia Oyj and blackberry maker Research In Motion .

"Lenovo lacks expertise in its enterprise and smartphone businesses, so I wouldn't be surprised if it is making acquisitions in these areas to consolidate its position," said Vincent Chen, a PC analyst at Yuanta Research.

Zynga to cut 520 jobs, closing some offices in US
'Location-based services can become $2-5 billion sector in 3 years'