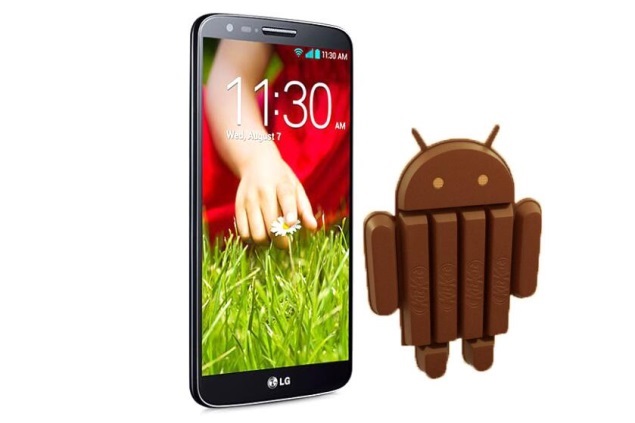 LG G2 users might be pleased to know that the Android 4.4 KitKat update is now finally rolling out to the international variant (LG G2 D802).

GSMArena has claimed that the international variant of its 2013 flagship smartphone is now receiving Android 4.4 KitKat update over-the-air (OTA), based on a user report. However, we are yet to hear anything official from the South Korean giant.

The site has posted a screenshot of the system software information which shows Android 4.4.2 as the G2's Android version and the build number is KOT49I.D80220a.

Another change on the G2's Android 4.4 KitKat is the speed boost, which is said to run apps 17 percent faster than before. LG will also enhance its Knock feature, bringing more responsiveness to it. The Knock (previously known as KnockOn) feature was introduced on company's former flagship smartphone, the LG G2, and is the company's version of double tap to unlock and even lock the phone.

Notably, the LG G2 received the Android 4.4 KitKat update in Korea in December last year; however there was no specific time frame for the roll-out of the KitKat update for G2's international variants.

Earlier in January, LG Italy had indicated that the company would release the Android 4.4 KitKat update for the G2 international variant by end of March.

LG unveiled the G2 in August 2013, and it was launched in India at Rs. 41,500 in September 2013. The LG G2 natively ran Android 4.2.2 Jelly Bean. The highlight of the LG G2 smartphone is that it houses the power buttons and the volume rocker at the back of the phone, below the rear camera, instead of the sides of the phone, as is usually the case.