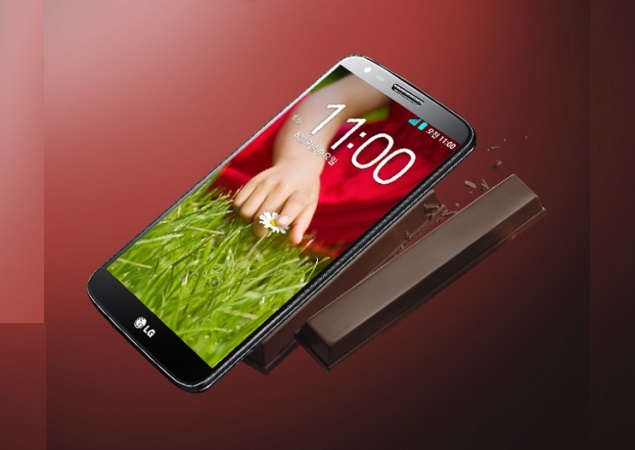 Further, the blog confirmed that by the end of this month, the LG G2 will receive the Android 4.4 KitKat update in Korea; however there was no specific time frame for the rollout of Android KitKat for G2's international variants.

LG has been the official manufacturer of Nexus smartphones, the Nexus 4 and Nexus 5, for two years in a row, but the South Korean major has been late in announcing the Android 4.4 update rollout plan for its other devices including the LG G2, LG Optimus G Pro, LG Optimus G among others.

The Android 4.4 KitKat iteration brings some new features such as the translucent menu bar, which is located at the bottom of the screen; a new dialler and caller ID feature; a unified Hangouts messaging app; smarter Google Now integration; step counter and detector, and support for screen recording.

LG unveiled the G2 in August this year, and it was launched in India at Rs. 41,500 this September. The LG G2 natively runs Android 4.2.2 Jelly Bean. The highlight of the LG G2 smartphone is that it houses the power buttons and the volume rocker at the back of the phone, below the rear camera, instead of the sides of the phone, as is usually the case.

Previously, a LG Canada representative, Court Elliot, confirmed that the Android KitKat update for LG G2 (international) will be rolled out in late Q1 2014 or at the end of March.

Recently, a report claimed that the sales of LG G2 have been below expectations. As per the report, LG sold around 600,000 units of G2 in South Korea since the launch; internationally the South Korean major sold about 2.3 million units, while the company had set a sales target of 3 million for the G2 globally.