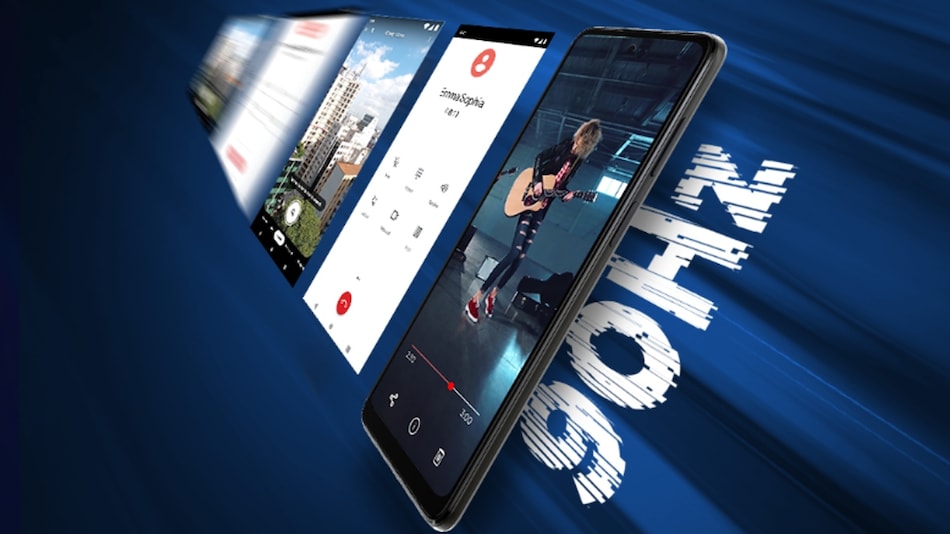 Moto E22s will go on sale via Flipkart

Moto E22s will be launched in India on October 17. The Chinese smartphone vendor has announced the arrival of a new Moto E series smartphone through its social media channels. Motorola has listed the Moto E22s on its India website revealing its specifications. The India variant of the handset will be offered in Arctic Blue and Eco Black colour options. The Moto E22s is teased to feature a 90Hz refresh rate display and will be powered by a MediaTek Helio G37 SoC. Dual rear cameras led by a 16-megapixel main camera, a side-mounted fingerprint sensor, and a 5,000mAh battery are the other key specifications. The Moto E22s was launched in European markets in August last week.

In a tweet, Motorola India announced the official launch date of the Moto E22s in India. The smartphone is scheduled to launch on October 17 at 12pm IST and will go on sale via Flipkart and other leading retail stores. Motorola is also teasing the specifications of the smartphone ahead of its arrival via its India website. However, the price details of the smartphone in the country are unknown at this moment.

To recall, the Moto E22s debuted in the European markets recently with a price tag of EUR 159.99 (roughly Rs. 12,700) for the lone 4GB RAM + 64GB storage variant. The India pricing of the device is expected to be aligned with European pricing.

As per the listing, the Indian variant Moto E22s runs Android 12 out-of-the-box and features a 6.5-inch HD+ (720x1,600 pixels) IPS LCD display with 90Hz refresh rate, 20:9 aspect ratio, and a pixel density of 268ppi. The display has a hole-punch cutout in the top centre. The smartphone is listed to be powered by the MediaTek Helio G37 SoC, paired with 4GB of RAM.

For photography, the Moto E22s is teased to come with a dual rear camera setup comprising a 16-megapixel main sensor and a 2-megapixel depth sensor. For selfies and video chats, there will be an 8-megapixel front camera. The Moto E22s offers 64GB internal storage, which can be expanded (up to 1TB) via a microSD card. The phone is listed to include a side-mounted fingerprint scanner and face unlock for biometric security.

The Indian variant of Moto E22s will be backed by a 5,000mAh battery with support for 10W charging.