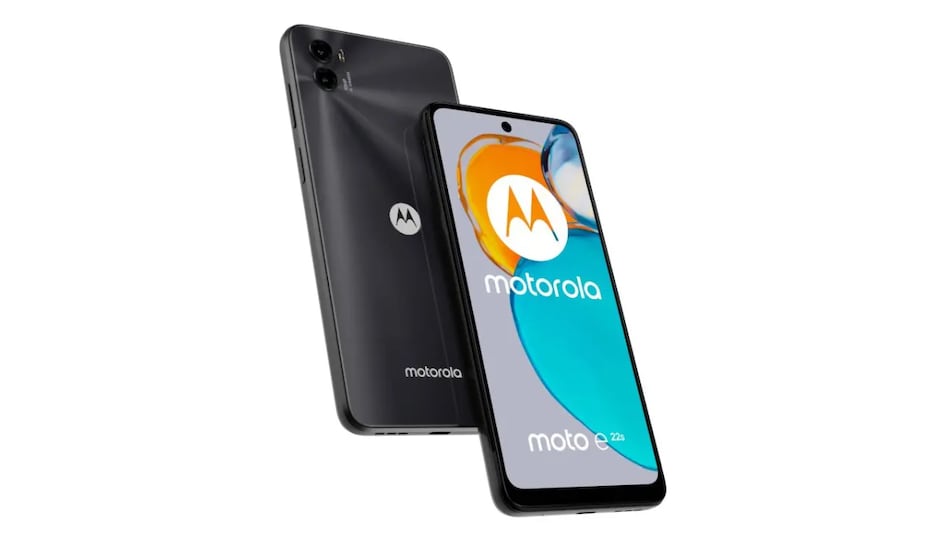 Moto E22s has been launched in Europe and the entry-level smartphone is the latest offering in the company's E series. It sports a 6.5-inch IPS LCD display, a MediaTek Helio G37 SoC, a 16-megapixel main camera, and a 5,000mah battery. It sits under the Moto E32s, which Motorola launched in India earlier this year with the same octa-core MediaTek Helio G37 SoC. Both the phones get a water repellant design, a fingerprint reader that is embedded in the power button, and face unlock.

As per a press announcement by Motorola, the Moto E22s price has been set at EUR 159.99 (roughly Rs. 12,700) for the lone 4GB RAM + 64GB storage variant. It is launched in two colour options: Arctic Blue and Eco Black. The company says that the phone will arrive in selected markets across Europe and launch in India in the coming weeks.

The Moto E22s runs Android 12 out-of-the-box and features a 6.5-inch IPS LCD display with HD+ resolution. The display gets a hole-punch cutout in the top-centre and supports a 90Hz refresh rate. Under the hood, the smartphone gets a MediaTek Helio G37 SoC, which is paired with 4GB of RAM.

For photography, the Moto E22s gets a dual rear camera setup that is headlined by a 16-megapixel main sensor. There is a 2-megapixel depth sensor as well. The phone has an 8-megapixel front camera for selfies and video calling.

The Moto E22s offers 64GB internal storage, which can be expanded (up to 1TB) via a microSD card. It packs a 5,000mAh battery with support for 10W charging. There is a polycarbonate back with water-repellant design. The phone gets a side-mounted fingerprint scanner and face unlock for biometric security.