Moto E7 will come in a single colour option, with an inbuilt storage of 32GB. 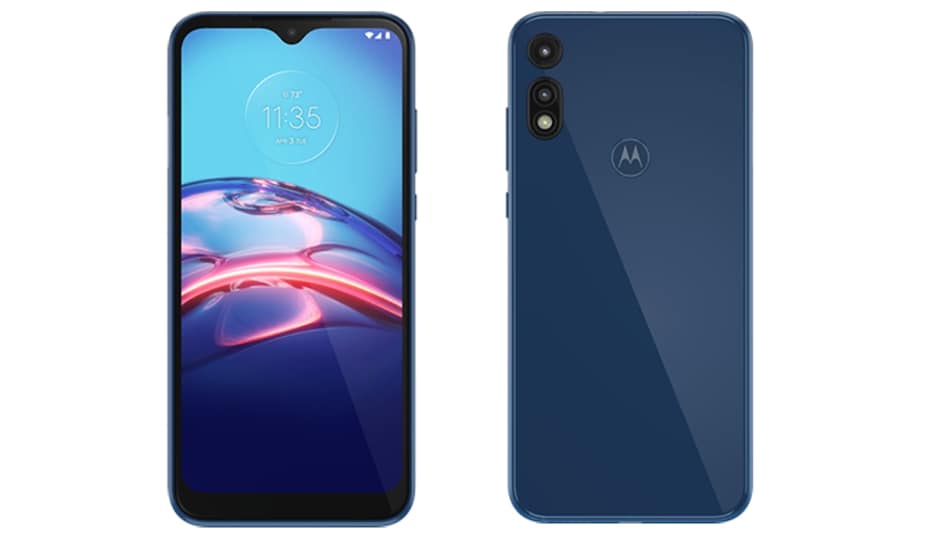 Moto E7 comes with a 6.2-inch screen and a dual camera setup on the back

Moto E7 has been spotted on the website of Canadian carrier Freedom Mobile. Confirming some of its earlier revealed specifications, the still-unannounced Motorola phone is priced at CAD 189 (roughly Rs. 10,400) in the listing. This new development comes a day after live images of the device surfaced online, along with a hands-on video that revealed its expected design. Earlier in May the upcoming phone was reportedly listed on Android Enterprise Recommended devices list, which offered an insight into the phone's various specifications.

The Moto E7 listing on Freedom Mobile's website revealed that the phone is expected to be available in just one colour option – blue. In terms of inbuilt storage, only a 32GB variant of the phone has been listed. The phone carries a pocket-friendly price tag of CAD 189. Motorola hasn't officially announced any pricing details or a launch date yet.

The Freedom Mobile listing also revealed the specifications of the upcoming phone. The Moto E7 is expected to come with 2GB RAM and as mentioned earlier, 32GB onboard storage. It will feature a 6.2-inch screen and a 3,550mAh battery. In terms of camera, it features a 5-megapixel sensor on the front for selfies. Its dual camera setup on the back houses a 13-megapixel primary sensor along with a 2-megapixel sensor.

Although the phone is listed simply as ‘Moto E', its specifications are similar to the Moto E7 citing on Android Enterprise Recommended devices list, leading to speculations that the device is indeed the upcoming Moto E7. It is also believed that the Moto E7 will be powered by a Qualcomm Snapdragon 632 SoC and run on Android 10.

Live images of the new Motorola phone reportedly surfaced online yesterday. The leaks suggested that the Moto E7 will be available in two colour options, with thinner top and bottom bezels when compared to the Moto E6. The hands-on video that was leaked alongside also revealed a fingerprint sensor on the back, integrated with the Motorola batwing logo.