Moto E7 Power will feature a 6.5-inch HD+ Max Vision display and will be powered by an octa-core SoC, Flipkart microsite shows. 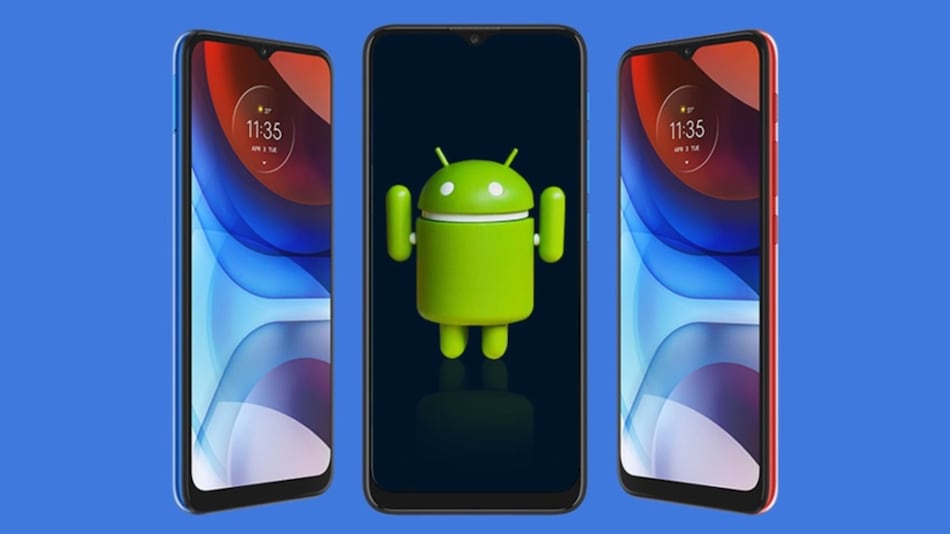 Moto E7 Power specifications have been revealed by Flipkart following the confirmation of its launch in India. The online marketplace has created a dedicated microsite that lists most of the details about the new Motorola phone. It highlights that Moto E7 Power will feature an HD+ display with a waterdrop-style notch and come with at least 64GB of onboard storage. The Flipkart listing also reveals the camera details of Moto E7 Power. Further, the phone is touted to deliver a near-stock Android experience.

The dedicated microsite by Flipkart shows that Moto E7 Power will come with a 6.5-inch HD+ Max Vision display and will be powered by an octa-core SoC. Although the exact name of the SoC hasn't been revealed yet by the online marketplace, it is likely to be the MediaTek Helio P22 SoC — as per a recent Geekbench listing. The SoC will be paired with 4GB of LPDDR4X RAM, according to the microsite. Further, the phone will have 64GB of onboard storage that is expandable (up to 1TB) via a microSD card. There could also be a cheaper 2GB + 32GB storage variant, but that is yet to be confirmed.

In terms of optics, Moto E7 Power will have a dual rear camera setup that will include a 13-megapixel primary sensor and an LED flash. The listing on the Flipkart site doesn't provide any details about the secondary camera sensor. However, it is tipped to be a 2-megapixel sensor. The phone is also rumoured to have a 5-megapixel selfie camera sensor at the front.

The Flipkart site also highlighted a rear-mounted fingerprint sensor on Moto E7 Power. Further, the phone is confirmed to have 2x2 MIMO Wi-Fi network support. You'll also get a USB Type-C port as well as a 3.5mm headphone jack. Furthermore, the phone will pack a 5,000mAh battery and run on a near-stock Android.

On Monday, Motorola announced that Moto E7 Power will launch in India on February 19. It is confirmed to go on sale through Flipkart shortly after its debut. However, details about the pricing of Moto E7 Power are yet to be revealed.

NASA’s Perseverance Rover Set to Land on Mars This Week to Look for Signs of Life
Godzilla vs. Kong Trailer Gives Us More of the Titular Battle