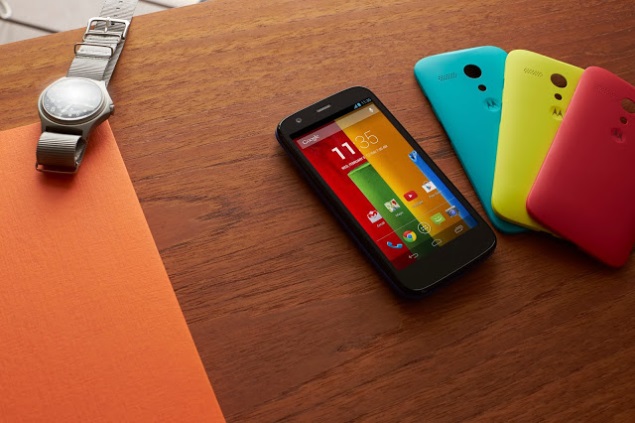 Motorola has also announced cases and cover for Moto G: the Moto G Back Cover is now available at Rs. 899 on Flipkart, while the Grip Cover is priced at Rs. 1,099 and the Moto G Flip Cover comes at Rs. 1,599.

The Moto G runs Android 4.3 out-of-the-box, but Android 4.4.2 update should be available over-the-air soon. The dual-SIM variant has been launched in India, with Micro-SIM card slots. The Moto G features a 4.5-inch HD 'edge-to-edge' display with a resolution of 720x1280 pixels (translating to a pixel density of 329ppi) and boasts of a Corning Gorilla Glass 3 screen.

Powered by a quad-core 1.2GHz Qualcomm Snapdragon 400 processor coupled with an Adreno 305 GPU, the Moto G features 1GB of RAM. On the optics front, the Moto G sports a 5-megapixel rear camera along with an LED flash and also includes a 1.3-megapixel front-facing camera. The rear camera supports HD (720p) video recording.

The Motorola Moto G also features water-resistant nano-coating on the inside and outside. The Moto G packs a 2070mAh battery, which Motorola claims can deliver up to 30 percent more talktime than the Apple iPhone 5s. Notably, there is no microSD card slot for expandable storage.

Notably, Google has announced Lenovo will be acquiring Motorola Mobility, pursuant to of course, approval from US regulators. We wonder how this will affect Motorola's re-entry into the Indian market. 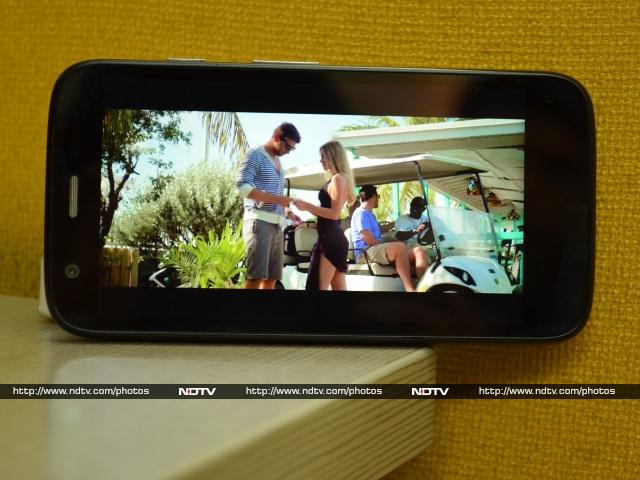 Moto G in pictures
Affiliate links may be automatically generated - see our ethics statement for details.