Moto G8 Power Lite is powered by the MediaTek Helio P35 SoC and comes with 4GB of RAM. 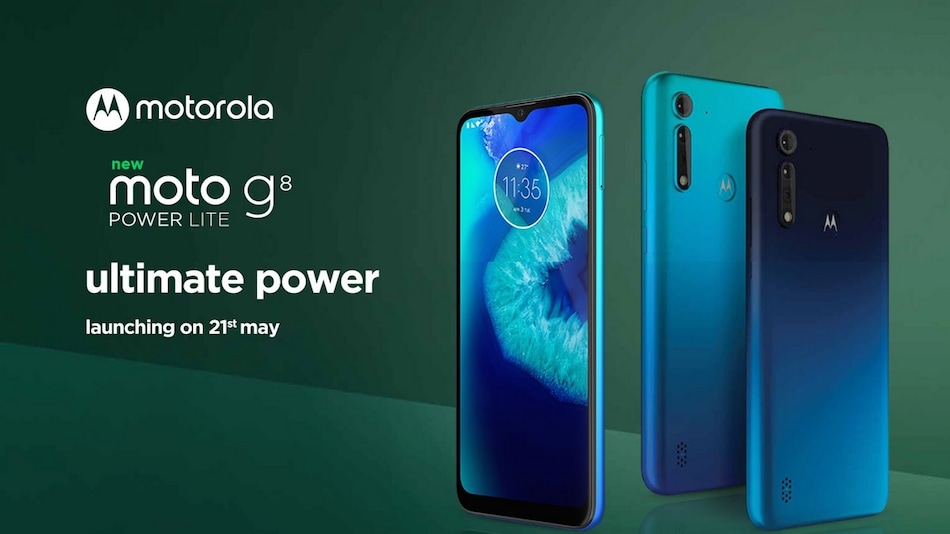 Moto G8 Power Lite will be launched in India on May 21, e-commerce website Flipkart has revealed. Flipkart has set up a teaser page for the phone that shows its launch date, which is a little over a month after its global unveiling. The Indian pricing for the phone has not been revealed but we won't have to wait long for those details. The Moto G8 Power Lite features a notched display and a triple rear camera setup. It also boasts of a large 5,000mAh battery and Motorola claims it will last for 2 days on a single charge.

As of now, pricing details for the Moto G8 Power Lite in India have not been shared, but the phone originally launched early in April for select markets at EUR 169 (roughly Rs. 13,900) for the 4GB RAM and 64GB storage variant. India pricing could be similar to the European pricing of the phone. The listing on Flipkart does not mention any launch offers either, or when it will go on sale.

With the launch date just three days away, details on pricing and availability will be revealed soon.