Three New Moto Mods Launched in India, Can Be Bought or Rented 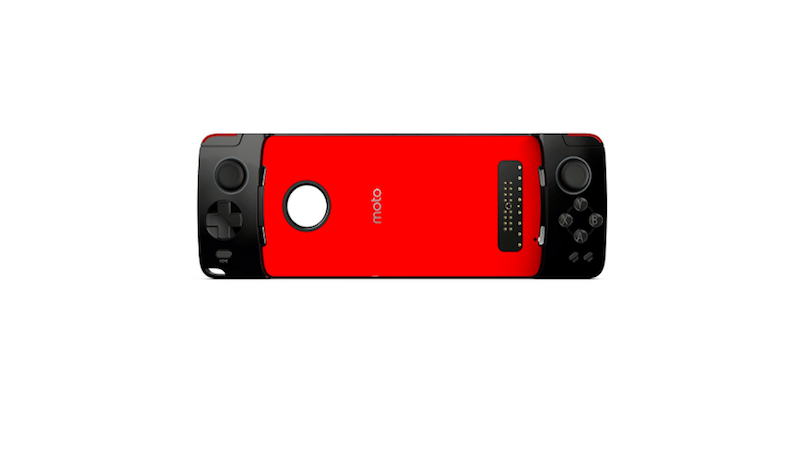 Lenovo brand Moto on Friday announced the launch of three new Moto Mods for its flagship Moto Z range in India. The new Moto Mods comprise the JBL SoundBoost 2 Mod for audio, the GamePad Mod for handheld gaming, and the TurboPower Pack battery mod for charging on the go.

The second Moto Mod announced on Friday is the GamePad Mod. It snaps to the back of a Moto Z-Series smartphone and offers a handheld gaming experience. The Moto Game Explorer app pops up on first-time installation and gives you a list of the compatible games on Google Play. Once you install your preferred game, it automatically gives functionality to the gamepad, which has dual control sticks, a D-Pad, and four action buttons. The GamePad Moto Mod is priced at Rs. 6,999 and comes with a built-in 1035 mAh battery.

Finally, the last Moto Mod that came to India is the Moto TurboPower Pack Mod that packs in a 3500mAh battery for your charging needs on the go. It snaps onto a Moto Z phone, just like other mods, and is claimed to offer up to 7 hours of battery life within 15 minutes of charge, which is made possible with a fast charging 15W output. This Mod is priced at Rs. 5,999.

Sudhin Mathur, Managing Director, Motorola Mobility India said "We are ending the year on an exciting note and have upheld our commitment to build a better mobile future with the promise of limitless possibilities, through the new mods. The partnership with RentoMojo is basis our understanding our customers' better and ensuring that we work relentlessly to remove barriers that deter them from adopting new innovations. This is a unique concept and we are positive that our customers will embrace it."

Twitter Moments Feature Now Available to All in India