Motorola Edge S is confirmed to be powered by the Qualcomm Snapdragon 870 SoC. 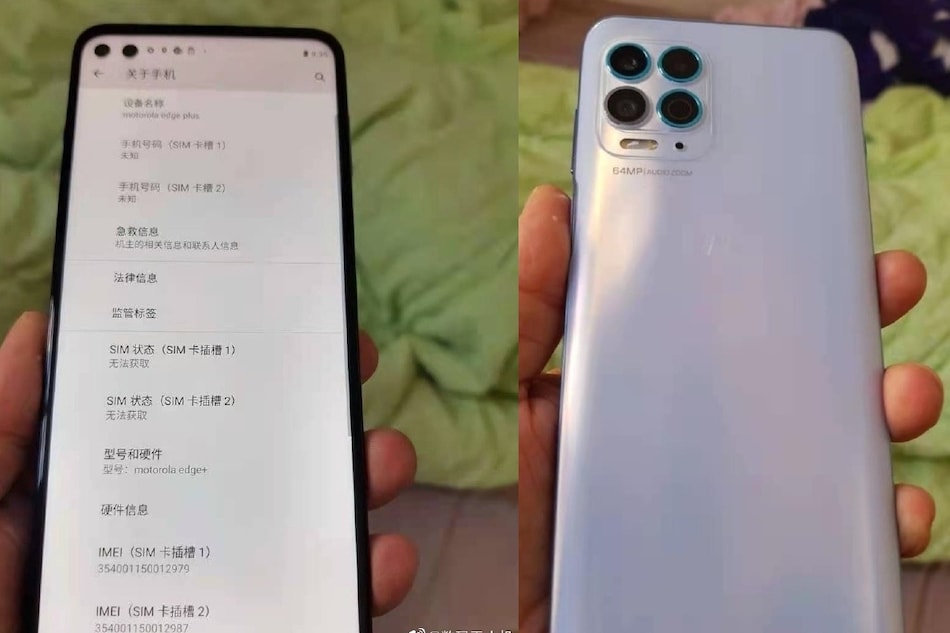 Motorola Edge S is tipped to have dual selfie cameras

Motorola Edge S is all set to launch in China on January 26. Running up to the event, live images of the phone have leaked online, alongside its key specifications. The phone is seen to offer dual selfie cameras and a quad camera setup on the back. Lenovo China's general manager of mobile, Chen Jin, shared AnTuTu scores of Motorola Edge S ahead of launch to give users a sense of how the performance of the phone really is.

Jin posted the AnTuTu scores on Weibo and Motorola Edge S scored an impressive 679,860 on the benchmarking site. In the CPU test of AnTuTu, the smartphone scored 189,694. It scored 290,268 in the display test, 103,322 in the memory test, and 96,576 in the UX test. Comparing these scores with other phones on AnTuTu December leaderboard reveals that Motorola Edge S performs better than Mi 10 Ultra and the iQoo 5 series.

Motorola Edge S is confirmed to be powered by the newly launched Snapdragon 870 SoC. This processor is an upgrade to last year's Snapdragon 865 SoC, with a peak clock speed of 3.2GHz. It is built on the 7nm architecture and features the Adreno 650 GPU.

Live images of Motorola Edge S have also been posted on Weibo. The phone is seen to sport a glossy white finish with a square-shaped camera module placed at the top left corner on the back panel. The module has four sensors with the primary one being a 64-megapixel snapper. At the front, Motorola Edge S is expected to come with a dual selfie camera setup with two hole-punch cutouts seen on the top left corner of the display. The tipster who shared the images also suggests that Motorola Edge S features 105Hz refresh rate and a 6.7-inch display.

Motorola Edge S launch event will begin at 7.30pm local time (5pm IST) in China on January 26 and will be livestreamed. The company should offer official pricing and specification details at the event.