OnePlus 2 Open Sale This Week in India and Other Regions 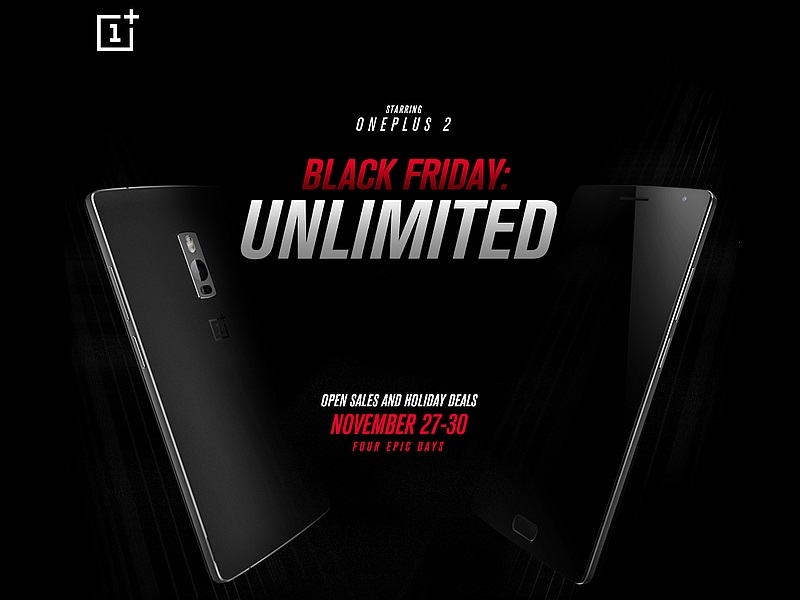 "In keeping up with our promises announced earlier, we are back with our "Open Sale" days for the OnePlus 2 one more time starting midnight 12 AM from November 25 and ends on November 27 at 11:59 PM," the company said about its India sale via a blog post. In other regions, the sale will start from Friday and last till Monday.

The OnePlus 2 will be available without invites from OnePlus.net website. "Starring the #OnePlus2. #BlackFriday: Unlimited is coming to a http://oneplus.net near you," posted the company on Twitter on Monday. The teaser image also mentions some 'Holiday Deals', details of which are not yet known. Discounts for some handset accessories are expected.

OnePlus last week revealed its Android 6.0 Marshmallow update schedule for its devices. The company also rolled out OxygenOS 2.1.2 update to the OnePlus 2 and OnePlus X smartphones. It confirmed that the OnePlus One running Cyanogen OS will start receiving the Android 6.0 Marshmallow update in the first quarter. The OnePlus 2 will also be updated in Q1 next year, and the company confirmed that the update will add the new standard Marshmallow API for the fingerprint sensor.

Micromax's Yu Wants Developers to Build Android 6.0 ROMs for Its Smartphones
Kim Dotcom Calls US a 'Bully' as Court Hearing Wraps Up