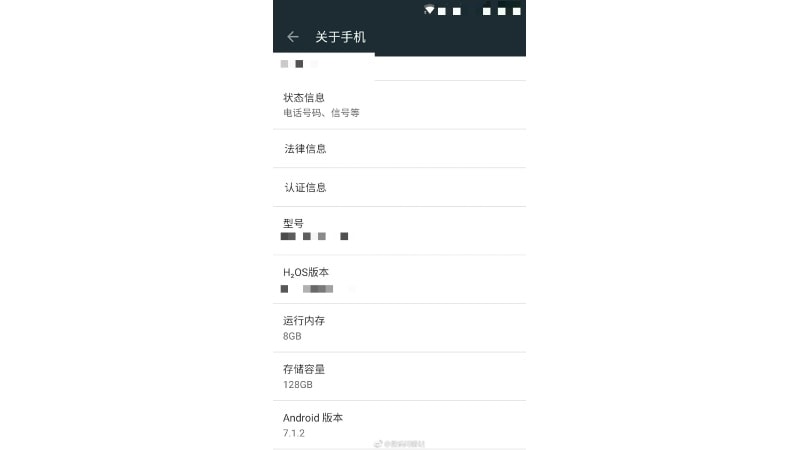 OnePlus recently confirmed that the company will be skipping the numeral '4' and will be naming its yet-to-be-announced phone OnePlus 5. It also confirmed a Summer launch date. Now further details have emerged regarding the upcoming smartphone. Interestingly, previous rumours suggested that the phone will pack 6GB of RAM but a leaked screenshot suggests that the upcoming flagship from OnePlus will instead feature a massive 8GB of RAM.

As per a leaked screenshot from Chinese microblogging website Weibo, the 128GB storage variant of the OnePlus 5 smartphone will pack 8GB of RAM and will run Android 7.1.2 Nougat out-of-the-box based on HydrogenOS (the China version of OxygenOS), as pointed out in a report by AndroidPure. It is possible for OnePlus to come out with two memory variants, 6GB and 8GB of RAM, coupled with 64GB and 128GB built-in storage respectively but as there has been no official confirmation, we will suggest you to take this new information with apt amount of scepticism.

As per earlier rumours, the OnePlus 5 is expected to come with Qualcomm's latest Snapdragon 835 SoC. It is rumoured to feature a 5.5-inch quad-HD (1440x2560 pixels) display.

In terms of optics, previous rumours suggested a 23-megapixel rear camera but recent rumours have suggested that the rear dual-camera setup on the OnePlus 5 will feature a pair of 12-megapixel sensors (standard RGB + monochrome). A retail listing of the phone has also tipped it to come with 8-megapixel front camera, which will be surprising as OnePlus 3T offered a 16-megapixel camera.

Separately, previous reports have claimed that the OnePlus 5 smartphone will sport a dual-edge curved display, hardware navigation keys, and slimmer bezels than its predecessor.