OnePlus claims that it has made the "best smartphone display in 2020." 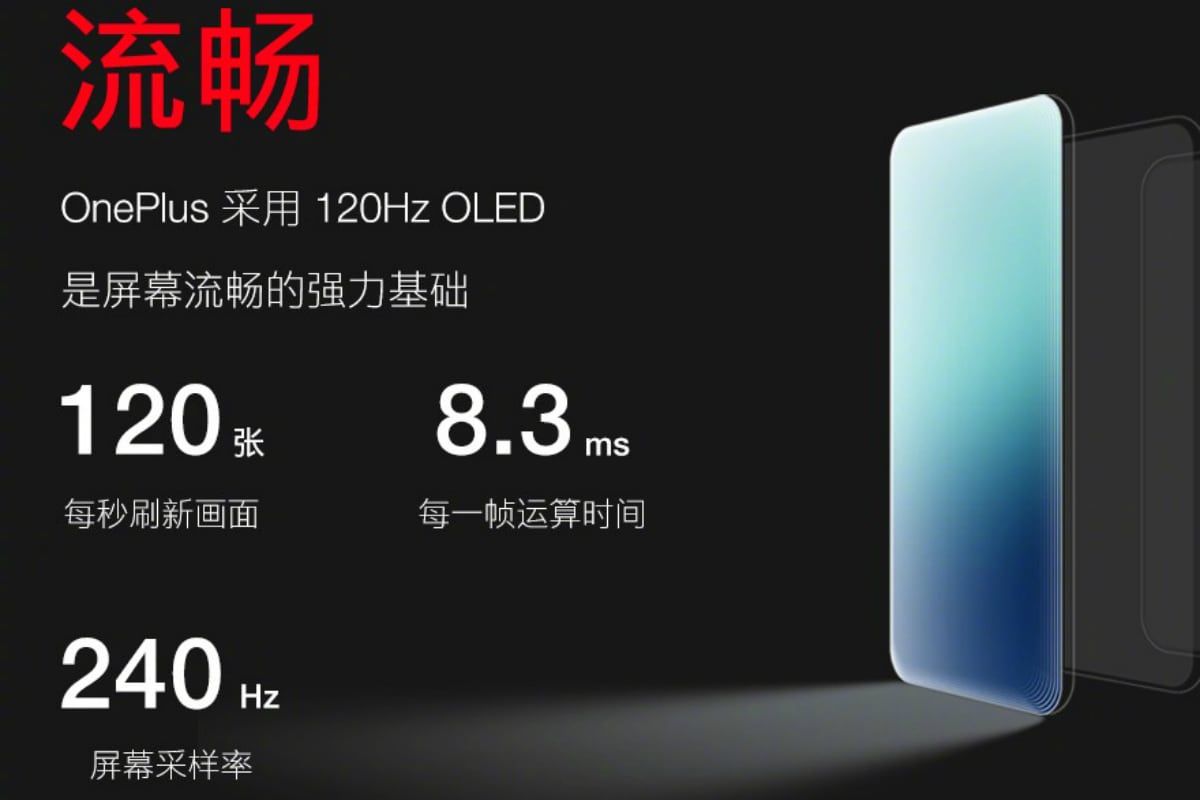 OnePlus 8 Pro is already rumoured to debut with a 120Hz display. But before officially unveiling the new flagship, the Chinese company has announced its 120Hz Fluid Display technology that will include a dedicated MEMC motion compensation chip and come with a touch sampling rate. The new OnePlus Fluid Display technology will also bring 10-bit HDR support and has 4096-level of automatic brightness control through an an all-new ambient sensor. If we look at the recent rumours, the OnePlus 8 Pro with the new display technology would debut in the second quarter of this year. The phone is likely to have many upgrades apart from the new display-focussed experiences over last year's OnePlus 7 Pro and OnePlus 7T Pro.

At the 2020 Screen Technology Communication Meeting, OnePlus introduced its 120Hz Fluid Display technology that is backed by an RGB colour temperature sensor that has 0.8 Just Noticeable Colour Difference (JNCD) rating. This is touted to be lesser than the JNCD rating available for the display of the iPhone 11 Pro Max.

The OnePlus display is also claimed to have a new ambient light sensor that will boost the levels of automatic brightness adjustments. When comparing with the OnePlus 7 Pro that had 1024-level of automatic brightness adjustment, the new display is touted to deliver 4096-level of brightness control that is touted to be four times of average Android flagships. The new ambient sensor is also claimed to include advancements in detecting ambient environmental conditions to adjust brightness levels.

The new display technology developed by OnePlus will have a QHD+ resolution. This is similar to the display resolutions featured on the 2019 OnePlus flagships. Moreover, the company claims that its new development will bring the "best smartphone display in 2020."

"We believe that the smoothest smartphone display must also be able to deliver a superior visual quality and viewing comfort. We're sure that OnePlus's new 120Hz Fluid Display will be the best you'll lay eyes on in 2020," said OnePlus CEO Pete Lau in a prepared statement.