OnePlus 8 series is receiving its second update since launch 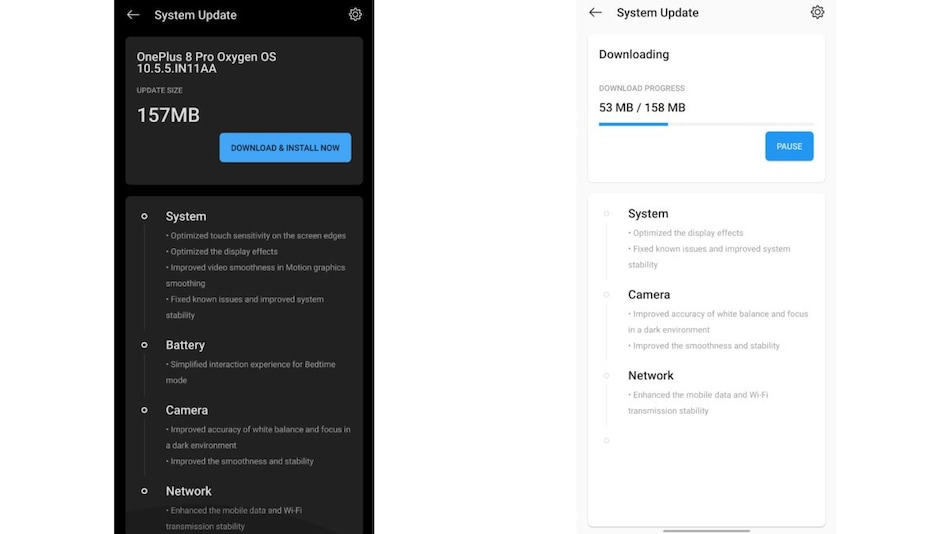 The new updates bring a few much required changes in tow. The OnePlus 8 Pro gets two changes that are exclusive for the device. One, a fix for touch sensitivity around the screen edges and simplified interaction experience in Bedtime mode in the battery settings.

The rest of the changes mentioned in the respective changelogs are common for both phones in the OnePlus 8 series. These include optimised display effects along with system stability improvements. A OnePlus 8 Pro user Fox Tech took to Twitter to claim that the new software update partially fixes the green-tint display issue on the OnePlus 8 Pro.

The new versions of OxygenOS (10.5.5 and 10.5.4) also bring improved video smoothness in motion graphics smoothing. Camera tweaks are also present in the latest update and it claims to improve white balance and focus in low-light conditions. The other improvement mentions improved smoothness and stability for the camera which is a little vague. Lastly, the new OxygenOS update also brings mobile data and Wi-Fi transmission stability improvements for the international variant which should help people who have complained of Wi-Fi issues on their OnePlus 8 devices.