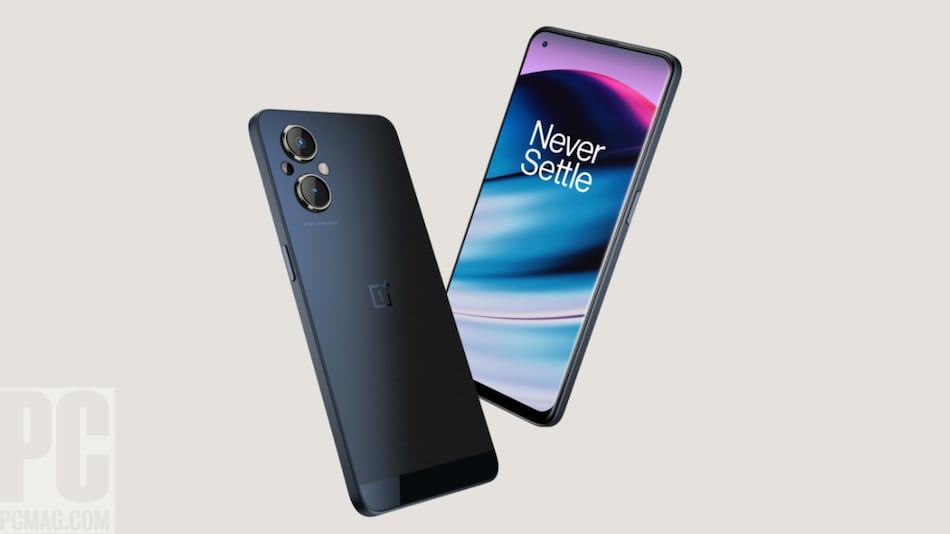 OnePlus Nord N20 will be launched in April

OnePlus Nord N20 specifications and design have been revealed by the company. OnePlus has shared an image which shows the phone sporting a hole-punch display with a cutout on the top left corner and a triple rear camera setup. It teased that the phone will feature a 6.43-inch full-HD+ AMOLED panel with an in-display fingerprint scanner. The specifications and design of the phone are the same as the ones shared by tipster Steve Hemmerstoffer (aka OnLeaks) last year. He also claimed that the phone will be powered by a Qualcomm Snapdragon 695 SoC. The phone will be launched in April.

As per details shared by OnePlus with PCMag, OnePlus Nord N20 gets a 6.43-inch flat AMOLED display with a 60Hz refresh rate. OnePlus told the publication it had a choice between an LCD screen with 90Hz refresh rate and an AMOLED panel with 60Hz refresh rate at the price point of the phone, and decided to go ahead with the latter.

“Our 6.43-inch full-HD+ AMOLED display offers low power consumption as well as better contrast, more vivid colours, and a wider colour gamut than what is currently on sale in the North America affordable device market,” PCMag cited OnePlus COO Kinder Liu as saying. The phone will also come with SuperVOOC fast charging, as per the Chinese company. The report also says that the OnePlus Nord N20 will be launched later this month. 91Mobiles says that the phone will be be exclusive to the US market.

Some of these specifications are in line with the ones shared by tipster OnLeaks in November last year. He said the phone will get a 6.43-inch flat AMOLED display, in-display fingerprint sensor, triple rear camera setup, and a Qualcomm Snapdragon 695 SoC. For photography, the phone was tipped to get a 48-megapixel main sensor and two additional 2-megapixel sensors, as well as a 16-megapixel selfie camera for video chats.

The PCMag report says that OnePlus did not confirm various rumoured specifications which include “a Qualcomm Snapdragon 695 SoC, a 48-megapixel main camera alongside an 8-megapixel ultra-wide shooter, 6GB of RAM and 128GB of storage, and OxygenOS 11, not 12.”

The OnePlus Nord N20 image shared by OnePlus has similarities with the one shared by OnLeaks. Both the images tease a display with a hole-punch cutout on the top right corner, and three cameras on the back. Two sensors are larger than the third one, and there is an LED flash. OnLeaks also stated that the phone may be unveiled in Grey and Purple colour options. OnePlus Nord N20 was tipped to launch in February in Europe. There is no word on the colour options and launch from the Chinese company.