Oppo is reportedly working on Reno 9 and Find X6 lineups. 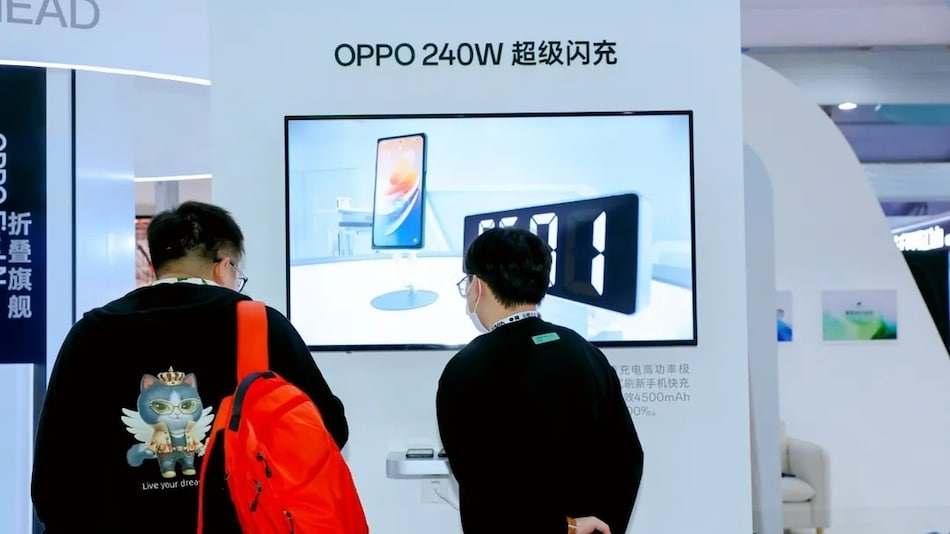 Oppo demonstrated 240W SuperVOOC Flash Charge fast charging technology earlier this year in February. It seems that the Chinese smartphone brand is working on bringing this technology to market next year. A reliable tipster has claimed that the company will be releasing a smartphone with 240W fast charging support in 2023. There is no other information available regarding this smartphone for the time being. Oppo is purportedly currently working on the Oppo Reno 9 series and the Oppo Find X6 lineups. It is unclear which iteration of these smartphones will debut with this feature.

According to a post by tipster Abhishek Yadav (Twitter: @yabhishekhd), Oppo could be planning to introduce the 240W SuperVOOC Flash Charge fast charging with an upcoming smartphone in 2023. The company had demonstrated this technology earlier this year. Oppo claims that it is capable of completely charging a smartphone with a 4,500mAh battery in about 9 minutes.

There is no information available regarding which Oppo handset might debut with 240W SuperVOOC Flash Charge fast charging. Oppo has been reportedly working on the Oppo Reno 9 series. This lineup is expected to include the vanilla Oppo Reno 9, Oppo Reno 9 Pro, and Oppo Reno 9 Pro+.

The specifications of the Oppo Reno 9 Pro+ were recently leaked. This smartphone is expected to sport a 6.7-inch full-HD+ AMOLED display with a 120Hz refresh rate. It is said to feature curved edges and thin bezels. Under the hood, the handset is said to pack a Snapdragon 8+ Gen 1 SoC.

For optics, the Oppo Reno 9 Pro+ may get a 50-megapixel primary camera. There could also be a 32-megapixel selfie camera on the front. This smartphone could be equipped with a MariSilicon X imaging neural processing unit (NPU) for enhanced camera performance. It is expected to house a 4,700mAh battery with support for 80W fast charging.