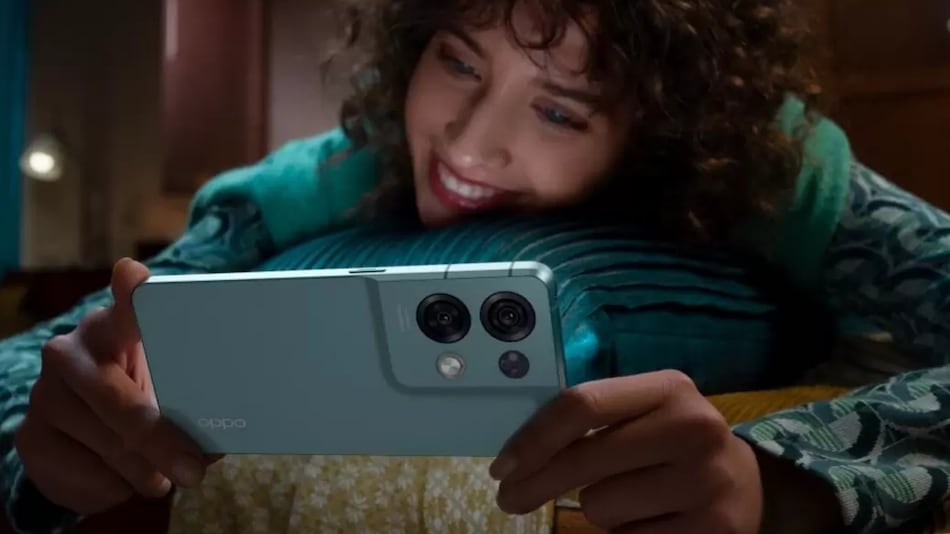 Oppo Reno 9 Pro+ specifications have been leaked by a Chinese tipster ahead of it being officially announced by the company. The anticipated flagship smartphone is likely to debut alongside the regular Oppo Reno 9 and Reno 9 Pro models. The Oppo Reno 9 Pro+ is said to be powered by the Snapdragon 8+ Gen 1 SoC and has a 50-megapixel primary rear camera. It is tipped to feature a 120Hz refresh rate display and could house a 4,700mAh battery with support for 80W charging. Oppo Reno 9 series is expected to succeed the Reno 8 lineup that was launched earlier this year.

Tipster Digital Chat Station on Weibo posted alleged specifications of the Oppo Reno 9 Pro+. The phone is said to feature a 6.7-inch full-HD+ AMOLED display with 120Hz refresh rate. The display is expected to have curved edges and thin bezels. Further, there could be a hole punch cutout at the centre to house the selfie sensor. The Oppo Reno 9 series is tipped to be powered by a Snapdragon 8+ Gen 1 SoC.

In terms of optics, Oppo Reno 9 Pro+ is likely to feature a 50-megapixel primary rear sensor. It is said to come equipped with the MariSilicon X imaging neural processing unit (NPU). For selfies, there could be a 32-megapixel sensor at the front. The upcoming smartphone is tipped to include an IR blaster and an in-display fingerprint scanner as well.

Besides, Oppo Reno 9 Pro+ is said to pack a 4,700mAh battery with support for 80W charging.

The Oppo Reno 9 Pro+ is likely to debut alongside Reno 9 and Reno 9 Pro models. A recent leak suggested that the vanilla model could get the Snapdragon 778G SoC, whereas the Oppo Reno 9 Pro could use the MediaTek Dimensity 8000 SoC. The Oppo Reno 9 series is expected to succeed the company's Reno 8 lineup that was launched earlier this year.

Realme 10 Pro Series Teased to Feature a Curved Display Ahead of Launch
Featured video of the day
iPad (10th Gen): Is It Worth The Upgrade?