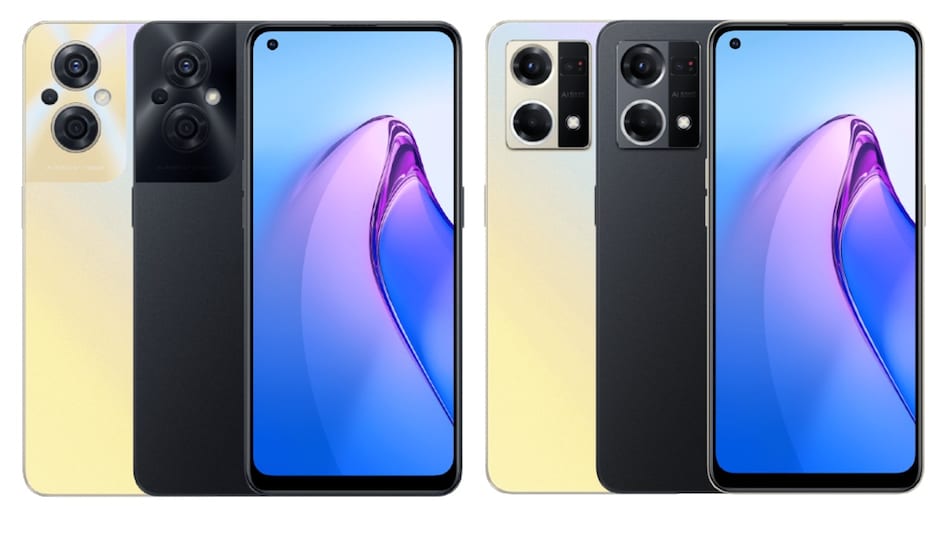 Oppo F21s Pro series, which consists of the vanilla Oppo F21s Pro and Oppo F21s Pro 5G, was launched in India on Thursday with a bunch of technologies from the Chinese smartphone maker. Oppo claims that its latest offering is the first handset in the segment to come with a microlens camera that has 15x and 30x magnification capabilities to capture microscopic details of objects. Other than that, the latest F series entrant also gets proprietary Oppo Glow technology. The phones sport a 6.43-inch full-HD+ AMOLED display and are powered by Qualcomm SoCs.

The Oppo F21s 5G price in India is set at Rs. 25,999 for the lone 8GB RAM + 128GB storage option. The Oppo F21s Pro price in India is Rs. 22,999 for the only 8GB RAM + 128GB storage option. Both the phones are available for pre-orders in India and will start shipping from September 19 in Dawnlight Gold and Starlight Black colour options.

The dual-SIM (nano) Oppo F21s Pro 5G runs Android 12-based ColorOS 12.1 and sports a 6.43-inch full-HD+ (1,080x2,400 pixels) AMOLED display. The display gets SCHOTT Xensation Up glass cover. Under the hood, the smartphone gets an octa-core Qualcomm Snapdragon 695 5G SoC, which is paired with 8GB of LPDDR4X RAM.

The Oppo F21s Pro 5G gets 128GB internal storage. Connectivity options include Wi-Fi 5, 5G, 4G LTE, Bluetooth v5.1, a USB Type-C port, and a 3.5mm headphone port. Sensors onboard include geomagnetic, proximity sensor, accelerometer, gyroscope, and GPS/ A-GPS among others. There is also an in-display optical sensor and the phone also comes with support for face unlock. The smartphone packs a 4,500mAh battery with support for 33W SuperVOOC charging. It measures 159.9x73.2x7.66mm and weighs 181g.

The Oppo F21s Pro has similar specifications as the 5G version. The differences between the two models include Gorilla Glass 5 protection on the 6.43-inch full-HD+ AMOLED display, f/3.3 aperture lens with the macro camera instead of f/2.4 present on the 5G model, a 32-megapixel front camera with f/2.4 lens, a single Orbit Light, and an octa-core Qualcomm Snapdragon 680 SoC instead of the Snapdragon 695 SoC in the 5G model.