The Oppo F21s Pro microsite has revealed some specifications of the upcoming handset. 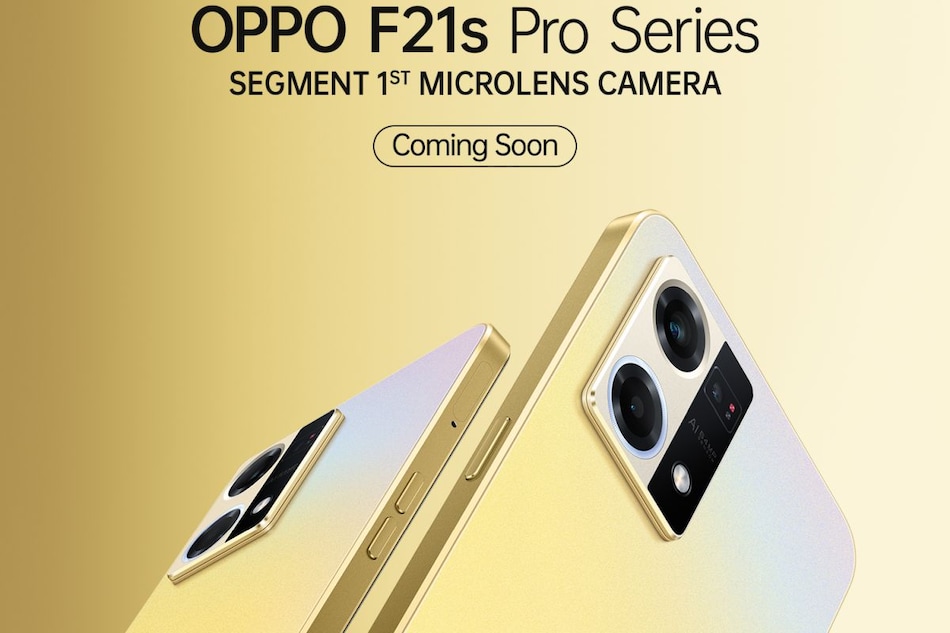 Oppo F21s Pro series will soon launch in India, the company announced today. Although, a specific launch date is yet to be revealed, Oppo has confirmed some specifications of the upcoming phone via a dedicated landing page for the Oppo F21s Pro. The smartphone series will feature a 64-megapxiel triple rear AI camera setup with an LED flash. The company claims that it will be the first handset series in the segment to sport a microlens camera. The handset will be 7.66mm in thickness, according to the firm.

The Dongguan-based smartphone brand has announced via Twitter that the Oppo F21s Pro series will launch in India soon. Additionally, a dedicated landing page for the upcoming handset has gone live on the official company website, which reveals some of its key specifications. Oppo claims the F21s Pro series to be the first in the segment to feature a microlens camera.

As per the landing page, the Oppo F21s Pro is confirmed to feature a 64-megapixel triple rear AI camera setup with an LED flash. The smartphone also sports an orbit light, which is a ring light surrounding the secondary camera lens. Oppo has confirmed that the smartphone series will also feature the company's Oppo Glow design on the rear panel, and will be 7.66mm in thickness.

On the left spine, the Oppo F21s Pro series will feature volume rockers and a SIM tray, according to the images shared on the landing page. It will sport a power button on the right spine. At the bottom, the handset series will get a USB Type-C port, a 3.5mm audio jack, a microphone, and a speaker grille. At the front, on top-left corner of the display, the new Oppo phone series will feature a hole-punch cutout, which is expected to house the selfie camera.

In April this year, the company launched in India the Oppo F21 Pro and Oppo F21 Pro 5G. The Oppo F21 Pro sports a 6.4-inch AMOLED display with full-HD+ resolution, 90Hz refresh rate, and up to 180Hz touch sampling rate.

The Oppo F21 Pro is powered by an octa-core Qualcomm Snapdragon 680 SoC, paired with 8GB of RAM and 128GB of internal storage. The phone features a triple rear camera setup with a 64-megapixel primary sensor, a 2-megapixel micro lens, and a 2-megapixel depth sensor. At the front, it gets a 32-megapixel selfie camera. It packs a 4,500mAh battery with 33W SuperVOOC fast charging support.

Ford Automobiles to Venture Into Metaverse With NFTs, Files for Trademarks