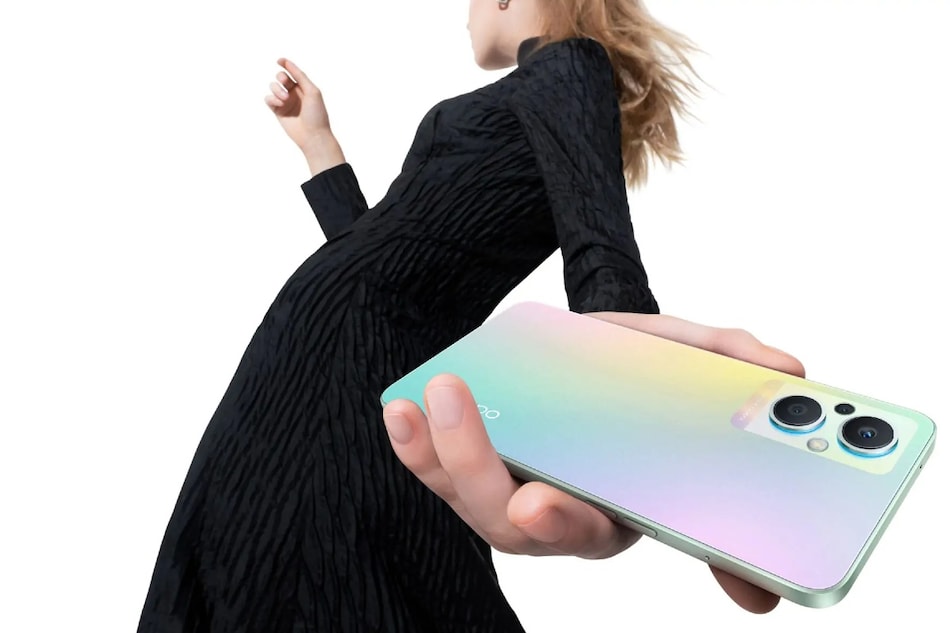 Oppo Reno 7 Lite 5G has been launched in Europe as the latest model in the Reno series. The new Oppo phone is essentially a rebranded Reno 7Z 5G that debuted in Thailand last month. It is also identical to the Oppo F21 Pro 5G that was launched in India earlier this week. Key highlights of the Oppo Reno 7 Lite 5G includes a 20:9 AMOLED display, triple rear cameras, and an octa-core Qualcomm Snapdragon 695 SoC. In addition to the Reno 7 Lite 5G, the Chinese company is rumoured to have the Oppo Reno 8 in the works. The smartphone is speculated to come with a new Snapdragon chip.

Oppo Reno 7 Lite 5G will go on sale in Central and Eastern Europe in the coming days. It comes in Cosmic Black and Rainbow Spectrum colours and has a sole 8GB + 128GB storage option, as per the listing on the Oppo site. However, the official pricing of the phone is yet to be revealed. It is also not clear whether the Reno 7 Lite 5G will debut in markets other than Europe in the future.

The dual-SIM (Nano) Oppo Reno 7 Lite 5G comes with Android-based ColorOS 12. It features a 6.43-inch full-HD+ (1,080x2,400 pixels) AMOLED display with a 20:9 aspect ratio and 60Hz refresh rate. Under the hood, the phone has the octa-core Qualcomm Snapdragon 695 SoC, along with Adreno 619 GPU and 8GB of LPDDR4x RAM. There is the triple rear camera setup that houses a 64-megapixel primary sensor with an f/1.7 lens, along with a 2-megapixel monochrome sensor and a 2-megapixel macro shooter.

For selfies and video chats, the Oppo Reno 7 Lite 5G comes with a 16-megapixel selfie camera sensor at the front, with an f/2.4 lens.

A tipster on Weibo has suggested that the Oppo Reno 8 series is in development and would include phones featuring Snapdragon 7 Gen 1 and high-end MediaTek Dimensity SoCs, along with MariSilicon X ISP. One of the models in the series, which is said to carry a model number PGAM10, is tipped to have specifications including a 6.55-inch OLED display with a 120Hz refresh rate and a triple rear camera setup offering a 50-megapixel primary sensor, 8-megapixel ultra-wide shooter, and a 2-megapixel secondary sensor.

The Oppo phone is also said to have an in-display fingerprint sensor and a 4,500mAh battery with 80W fast charging. It would be one of the first phones to come with the Snapdragon 7 Gen 1 SoC.

Qualcomm has not yet revealed any details about the Snapdragon 7 Gen 1. However, the rumour mill has suggested that it would come with four Cortex-A710 and four Cortex-A510 cores as well as an Adreno 662 GPU. The chip may also include support for LPDDR5 RAM and UFS 3.1 storage.