The F21 Pro has some real design flair, but Oppo has made some questionable hardware choices 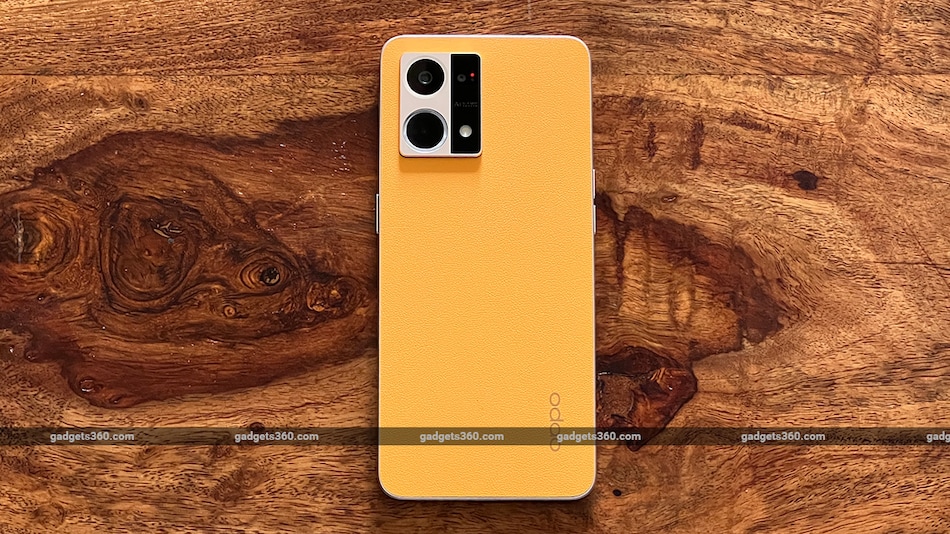 We're beginning to see a new trend in the mainstream and mid-range smartphone space, of companies launching 4G and 5G versions of the same phone model. 4G versions tend to be priced lower or have slightly better hardware to compensate for the lack of 5G, whereas 5G versions tend to seem weaker in some areas, as a side effect of controlling prices. Oppo has done just this with its newly launched F21 Pro models. Today, we'll be going over some of the features of the 4G edition of the F21 Pro.

The Oppo F21 Pro ships in a fully loaded box which includes a 33W charger, cable, and silicone case. The phone is available in Cosmic Black, which has a speckled pattern similar to Oppo's Reno 7 series, and a new Sunset Orange finish with a faux-leather texture, which is what Oppo sent me. Orange might not be for everyone but there's no denying that this makes the F21 Pro stand out. This surface barely picked up any fingerprints or scratches in my brief experience so far, so it should be easy to maintain. The frame and part of the camera module have a soft gold finish, which contrasts well with the orange back.

The Oppo F21 Pro is very light at just 175g, and despite the flattened frame, it's not very thick either. I found it comfortable even for a bit of one-handed usage. There's a headphone jack on the bottom of the frame, along with the speaker and USB Type-C port. This phone does not have stereo speakers.

The display on the Oppo F21 Pro is bright and colour saturation is good. It's a 6.4-inch AMOLED panel with a full-HD+ resolution, 90Hz refresh rate, and HDR. You get a small hole-punch cutout in the upper left corner for the selfie camera. The bezels around the display have a mild curve so there's less friction against your thumb or fingers when performing gestures. The phone also has an in-display fingerprint sensor.

The Oppo F21 Pro's AMOLED display is bright and vivid

The Oppo F21 Pro is powered by the Qualcomm Snapdragon 680 SoC which we've seen in a wide range of phones already, including low-cost offerings such as the Realme 9i (Review). The F21 Pro is only available in a single configuration with 8GB of RAM and 128GB of storage, priced at Rs. 22,999. It has a 4,500mAh battery which supports up to 33W SuperVOOC fast charging. The F21 Pro 5G costs Rs. 26,999 with the same amounts of storage and RAM, but a few minor differences that you can read about here.

It's hard to make any definitive statement about the F21 Pro's performance before finishing the full review process, but so far, the default apps have loaded quickly and the interface has been snappy. I will have a full report about the phone's gaming potential in the final review.

The icons and animations in the interface have received slight tweaks with ColorOS 12.1 which is based on Android 12. It's still a very familiar experience, including the truck-load of preinstalled apps that are still present.

The selfie camera of the Oppo F21 Pro is an interesting choice as it uses the same 32-megapixel Sony IMX709 sensor as Oppo's more expensive Reno 7 Pro 5G (Review). This sensor features white pixels which can capture more light for better low-light selfies. In theory, we should expect similar-looking selfies as what the Reno 7 Pro captured, and it performed quite well in our tests.

The selection of rear cameras is a bit puzzling to me. The main 64-megapixel camera seems fine but there is no ultra-wide camera, which is very disappointing. In fact, even the 5G version of this phone doesn't have one. The two other cameras on the F21 Pro are a 2-megapixel depth sensor and a 2-megapixel camera with a "micro lens". The latter is similar to the camera on the Realme GT 2 Pro, and lets you capture extreme close-up shots using the camera app's ‘Microscope' shooting mode.

Another feature borrowed from the Oppo Reno 7 Pro 5G is the ‘Orbit light', which is placed around the periphery of one of the F21 Pro's rear camera lenses rather than the entire module. It's also white rather than blue. You can't change the colour but you can choose when it lights up, such as when charging or when you get an alert from a specific app.

There's no shortage good smartphones under Rs. 25,000 in India right now. We have some solid 5G-capable options such as the OnePlus Nord CE 2 5G (Review) and Realme 9 Pro+ 5G (Review), along with strong 4G options such as the Motorola Edge 20 Fusion (Review). Oppo's F21 Pro faces stiff competition and it'll be interesting to see whether the company's focus on design can help this phone stand out despite its questionable hardware choices. We'll have a full review of the F21 Pro and the F21 Pro 5G for you very soon.

In the meantime, we're interested to know if you would be willing to sacrifice certain hardware and features for a better looking smartphone, so leave a comment below.