The VOOC 4.0 Flash Charge Technology will debut on the Oppo K5 smartphone. 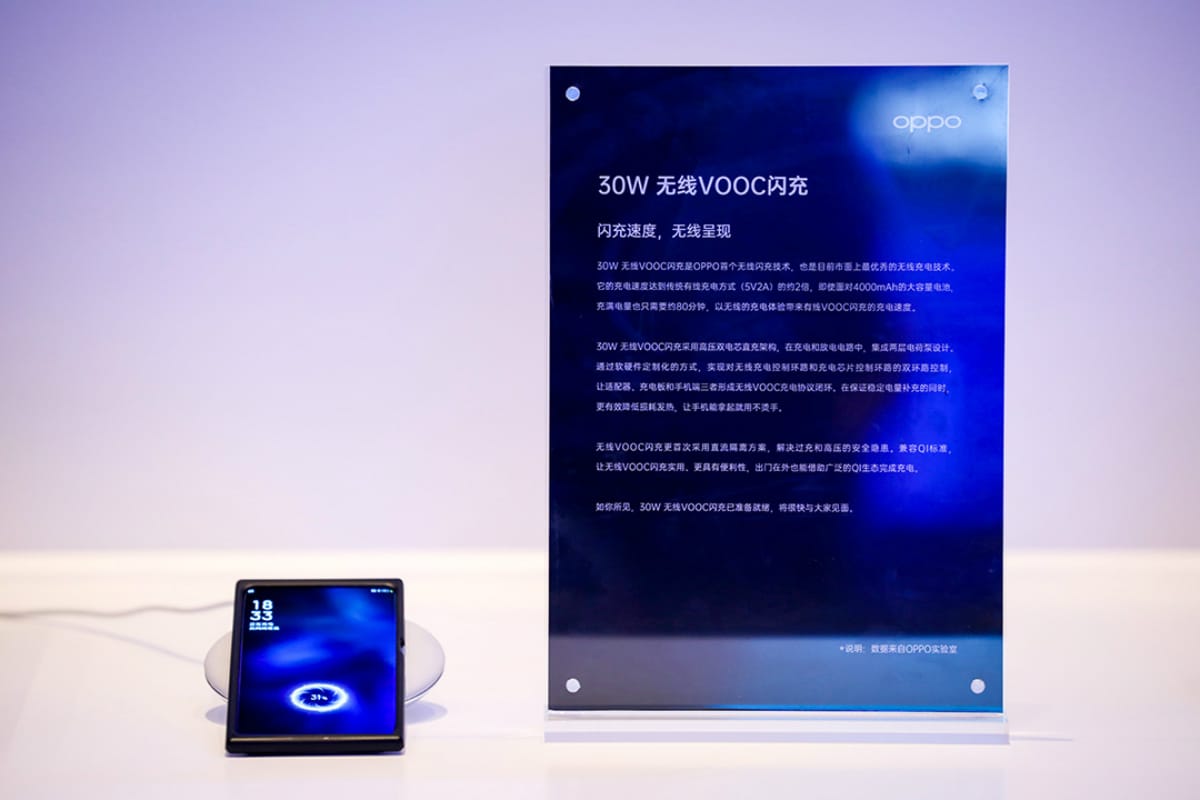 Oppo claims that the 30W Wireless VOOC Flash Charge technology allows a 4,000mAh battery to reach a full charge within 80 minutes. It is compatible with the QI standard, and supports a charging power of 5W or 10W. The 30W Wireless VOOC Flash Charge uses real-time adjustment of the charging process to ensure a more efficient and safer charging while avoiding overheating. Oppo claims that hardware tweaks ensures foreign object detection, HDVC, and avoids overheating as well.

Separately, Oppo also upgraded VOOC Flash Charge to version 4.0. The new technology enables a 4,000mAh battery to be charged to 67 percent in 30 minutes and 100 percent in 73 minutes. This is about 12 percent faster than previous generation fast charging technology. The company says an optimised VFC algorithm serves to reduce the charging time required for charging the final 10 percent of battery capacity.

VOOC 4.0 is compatible with all Flash Charge protocols prior to VOOC 3.0, and can achieve full load charging power of 5V4A (20W). Oppo says that with VOOC Flash Charge 4.0, the internal resistance of the entire charging system has been reduced and this will enable temperature control even when users play games while charging. As mentioned, the company will launch VOOC 4.0 with Oppo K5. Details regarding the launch date of this phone hasn't been announced as of yet.

Alongside, Oppo also announced 65W SuperVOOC 2.0 that claims to charge a 4,000mAh battery from 1 percent to 100 percent in just 27 minutes. The solution can also charge up to 27 percent in a mere five minutes. It is also backward compatible with SuperVOOC and VOOC Flash Charge.