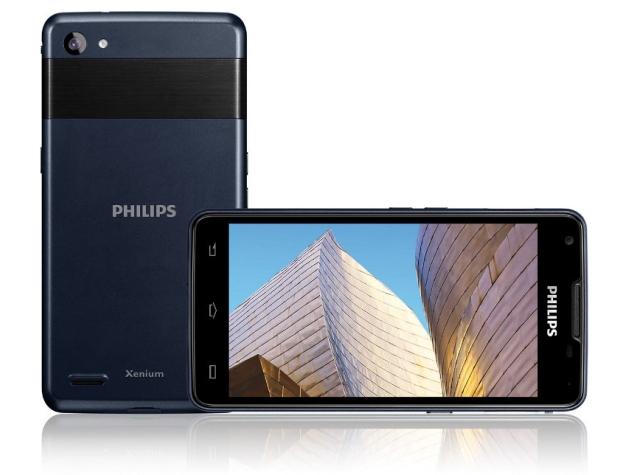 Philips has re-entered the Indian smartphone arena in style, launching three Android smartphones and a feature phone for the mass market.

Notably, the Xenium W6610 with its 5300mAh battery has become the smartphone packing the biggest battery capacity currently available in the Indian market. With the launch of the Xenium W6610, Philips leaves behind some of the popular handset vendors such as Lenovo (P780) and Micromax (Canvas Power) who created a lot of buzz in the Indian market with their smartphones packing a 4000mAh battery.

On the specifications front, the Xenium W6610 is a dual-SIM (GSM+GSM) device which runs the now dated Android 4.2 Jelly Bean out-of-the-box. It comes with a 5-inch (540x960 pixels) qHD IPS display.

Much like many of the mid-range smartphones, the Xenium W6610 is also powered by a quad-core processor, clocked at 1.3GHz, and coupled with 1GB of RAM.

It comes with 4GB of inbuilt storage, which is further expandable via microSD card (up to 32GB). It sports an 8-megapixel autofocus rear camera with LED flash and CMOS sensor, while there is a secondary 2-megapixel front-facing camera also onboard. On the connectivity front, the Xenium W6610 includes 3G, Wi-Fi, Micro-USB, and Bluetooth.