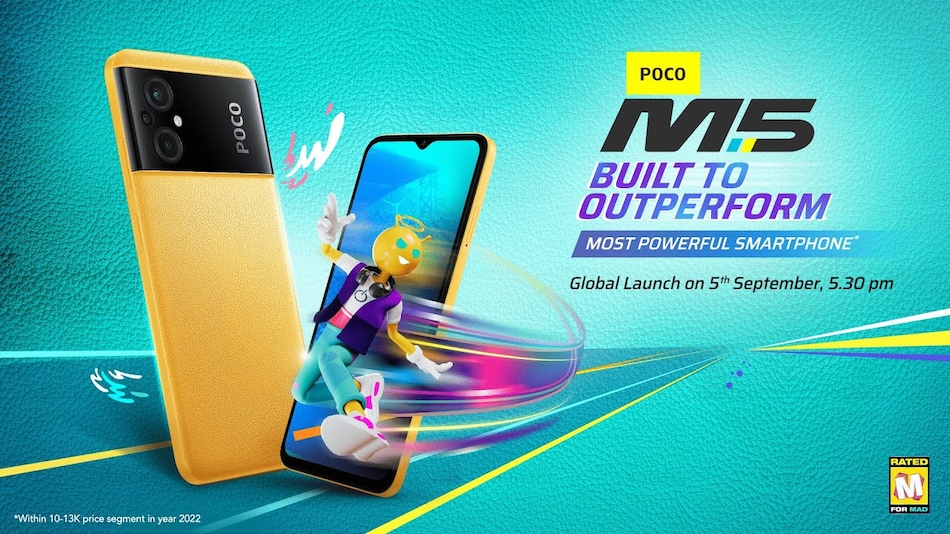 Poco M5 September launch to begin at 5.30pm in India

Poco M5s may launch alongside Poco M5 on September 5, as per a report. It also lists a few specifications, including colours and storage options of the rumoured smartphone. It was recently spotted on the TUV Rheinland certification website. The company has already confirmed that the Poco M5 launch date has been set for September 5 and it could be powered by a MediaTek Helio G99 SoC. The expected price in India and specifications of the Poco M5 have already been leaked online.

It is to be noted that the Poco M5s was previously spotted on the TUV Rheinland certification website pretty much confirming its arrival. The handset was spotted with model number 2207117BPG, however, the listing did not suggest any specifications of the device.

What's confirmed is the global launch of Poco M5. The Chinese smartphone maker has said that the event will be streamed live on Poco India's official YouTube channel on September 5 at 5:30pm IST. It could be launched with a MediaTek Helio G99 SoC under the hood, pack a 5,000mAh battery with 33W fast charging support, and may feature a “chic-leather-like” back panel design.