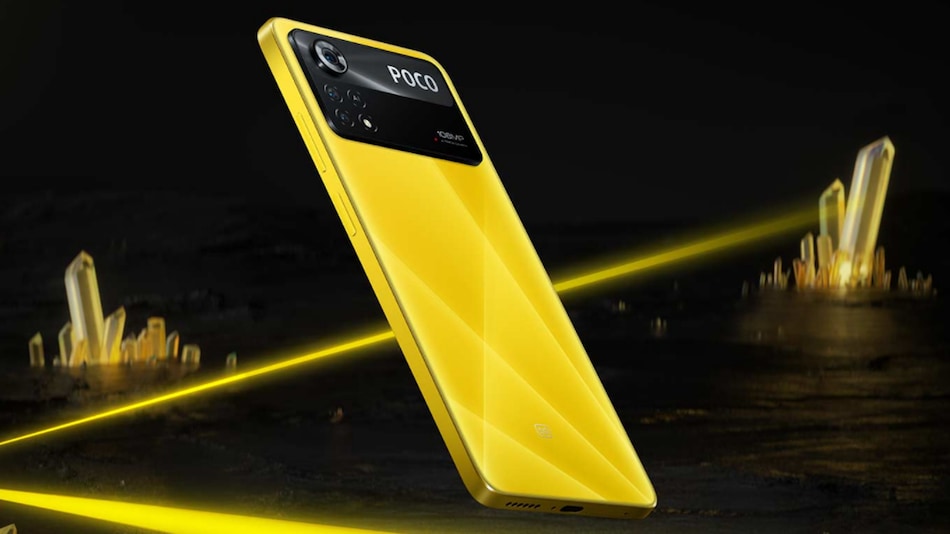 Poco X4 Pro 5G is all set to launch in India on March 28. Poco India confirmed the arrival of the new Poco X-series smartphone in the country via Twitter. Poco has also shared a poster on the microblogging platform, revealing the smartphone's design and rear camera module. Poco X4 Pro 5G India variant will have a triple rear camera unit led by a 64-megapixel main sensor, as per the teaser. The handset was launched globally alongside Poco M4 Pro 4G at the Mobile World Congress (MWC) 2022 in February. The global variant of Poco X4 Pro 5G is powered by a Qualcomm Snapdragon 695 SoC and it features a triple rear camera unit headlined by the 108-megapixel main sensor. The smartphone is essentially a rebranded Redmi Note 11 Pro 5G, which was launched globally a month earlier than the Poco model.

Poco India posted a tweet on Tuesday to announce the official launch date of the Poco X4 Pro 5G in the country. The smartphone is scheduled to launch on March 28 at 12:00pm IST. As mentioned, the poster suggests that Poco X4 Pro 5G will have artificial intelligence (AI) based triple rear camera unit led by a 64-megapixel main camera, which implies the India variant is slightly different. Further, a dedicated microsite is live on Flipkart teasing the handset's India arrival.

The Indian variant of Poco X4 Pro 5G is likely to have most of the same specifications as the global variant, except for the camera. The dual-SIM (Nano) Poco X4 Pro 5G runs on Android 11 with the company's MIUI 13 skin on top. It features a 6.67-inch full-HD+ (1,080x2,400 pixels) AMOLED display with 1200 nits of peak brightness, 120Hz refresh rate and a touch sampling rate of 360Hz.

The global variant of Poco X4 Pro 5G is powered by a Snapdragon 695 SoC under the hood, paired with 8GB of RAM. It also offers Dynamic RAM expansion of up to 11GB.

Poco X4 Pro 5G's Indian variant will have a 64-megapixel triple AI-backed triple rear camera unit. The global version has offered a 108-megapixel primary sensor instead. The camera setup of the global variant also houses an 8-megapixel ultra wide-angle camera and a 2-megapixel macro camera. Besides, it sports a 16-megapixel selfie camera. The smartphone offers up to 256GB of inbuilt storage that supports expansion (up to 1TB) via a microSD card slot.