Realme 7i will come in Aurora Green and Polar Blue colour options. 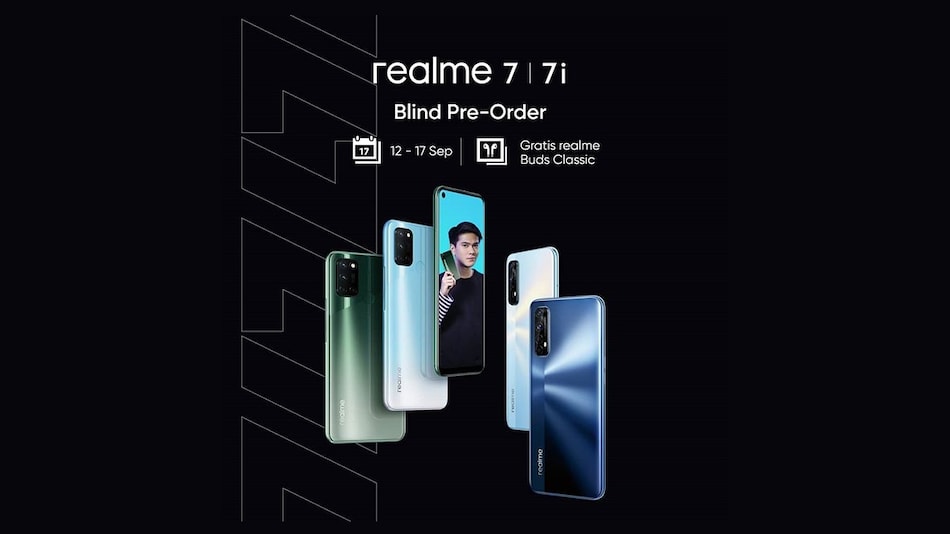 The Realme 7i will come with the quad rear camera setup that will house a 64-megapixel primary sensor, a teaser posted by the Realme Indonesia Twitter account confirmed. This was previously claimed by some tipsters on social media. The phone is also tipped to have an 8-megapixel secondary sensor as well as two 2-megapixel sensors. Further, it is said to have a 16-megapixel selfie camera sensor at the front.

In addition to the primary camera details, the Realme Indonesia division through its Instagram account has revealed that the Realme 7i will come in Aurora Green and Polar Blue colour options. An image showing the back of the phone has also been shared on the photo-sharing platform. The image also shows the hole-punch display design of the Realme 7i that seems to be in line with the Realme 7 that debuted in India earlier this month.

Past reports have claimed that the Realme 7i would come with a 6.5-inch HD+ (720x1,600 pixels) display and octa-core Qualcomm Snapdragon 662 SoC. The smartphone may also include a 5,000mAh battery with 18W quick charge.