Realme 7i will be launched in Indonesia on September 17, alongside the Realme 7. 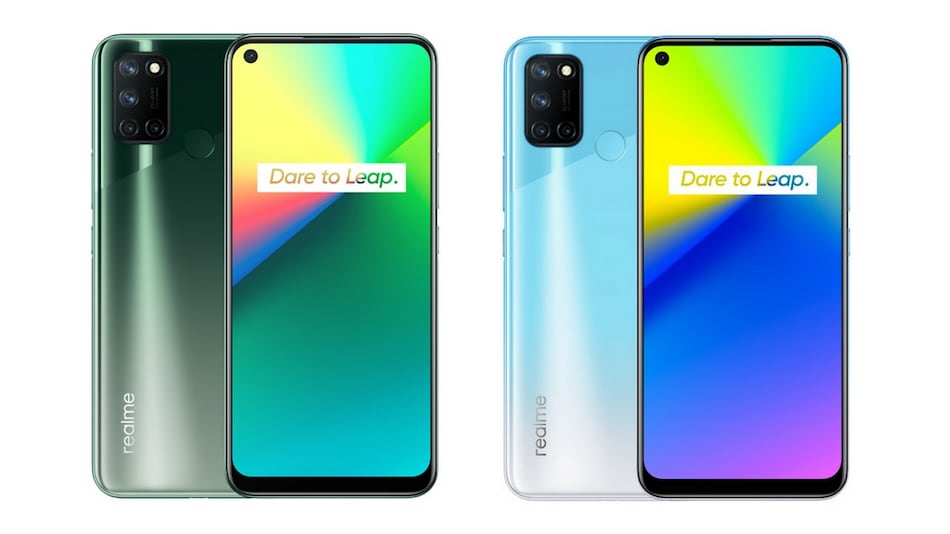 Realme 7i will come in Champagne and Jade colour options

Realme 7i has been listed on the Indonesian page of e-commerce portal Lazada, showing off the phone's design, colour options, and some of the specifications. The company recently unveiled the Realme 7 and Realme 7 Pro in India. Realme announced yesterday that it will launch the Realme 7i and the Realme 7 in Indonesia on September 17. The phone, expected to be a successor to the Realme 6i launched in July, is listed with two colour options, a 90Hz refresh rate display, and a 5,000mAh battery.

The Lazada Indonesia listing shows the alleged Realme 7i with a hole-punch cutout at the top left corner of the screen, just like the Realme 7 and the Realme 7 Pro. The listing also offers two colour options to choose from — Champagne and Jade. Additionally, it shows a quad rear camera setup with a 64-megapixel primary sensor. The Realme 7i is also listed to come with a 5,000mAh battery and a 90Hz refresh rate screen.

The price for the Realme 7i has not been listed and a placeholder amount has been used instead.

Realme 7i is set to launch in Indonesia on September 17 along with the Realme 7. The company has already teased the specifications mentioned in the Lazada listing, but nothing more. However, a recent leak hinted at further specifications, including a 6.5-inch display with 720x1,600 pixels resolution, Snapdragon 662 SoC, 8GB RAM and 128GB storage, and a rear mounted fingerprint scanner.

The quad rear camera setup on the Realme 7i is expected to include a 64-megapixel primary sensor, an 8-megapixel secondary sensor, and two 2-megapixel sensors, presumably for portrait and macro shots. The leaked specifications also mention support for 18W fast charging.

Mulan Under Fire for Filming in Xinjiang, Calls for Boycott Renewed: Reports