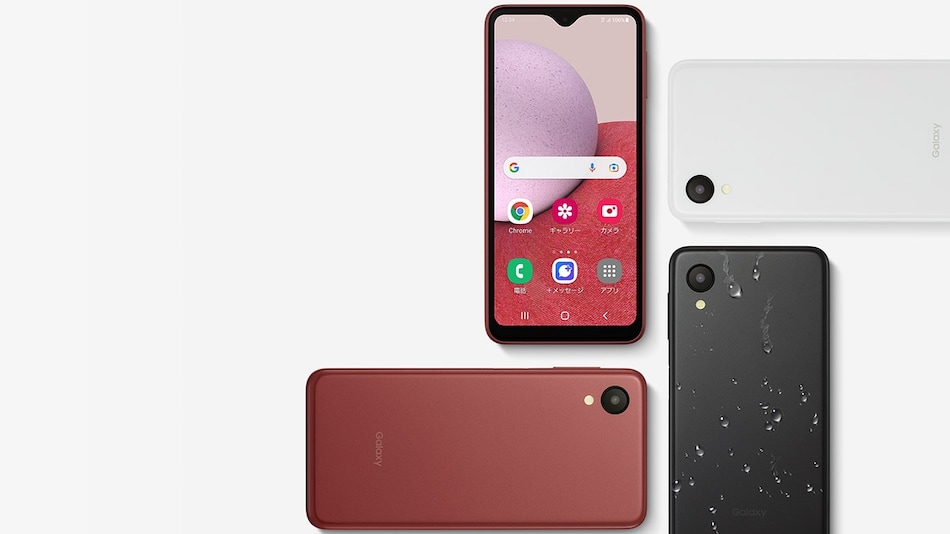 Samsung Galaxy A23 5G has been launched in Japan and it's quite different from the Galaxy A23 that was unveiled in select global markets earlier in August. The new Galaxy A series smartphone comes with a single 50-megapixel sensor at the back, instead of a quad rear camera setup. It is powered by an octa-core SoC and has a 5.8-inch display. This new variant of the Samsung Galaxy A23 5G is backed by a 4,000 battery and is offered in three colour options. There is only one RAM and storage configuration available for the Samsung Galaxy A23 5G in Japan.

The price of Samsung Galaxy A23 5G has been set at JPY 31,680 (roughly Rs. 18,200) in Japan for the lone 4GB RAM + 64GB storage variant. It can be purchased in Black, Red, and White colour options via au.com, J:Com, Rakuten Mobile, and other retailers in Japan.

As of now, there is no information on the international availability of this new Samsung Galaxy A23 5G variant. It appears to be specific to Japan.

The new Samsung Galaxy A23 5G variant runs on Android 12 and features a 5.8-inch HD+ (720x1,560 pixels) TFT display with 16 million colours. The previous version had a 6.6-inch Infinity-V display with a full-HD+ resolution. The new phone is powered by a 2.2GHz octa-core processor coupled with 4GB of RAM. This could be a reference to the MediaTek Dimensity 700 SoC.

The new Galaxy A23 5G packs 64GB of internal storage that is expandable via a microSD card (up to 1TB). It has an IP68-rated build for dust and water resistance. Connectivity options include 5G, 4G/LTE, Bluetooth v5.2, NFC, a 3.5mm audio jack and a USB Type-C port. Further, Samsung has packed a 4,000mAh battery in the new variant. There is no mention of fast charging feature. It measures 150×71×9.0mm and weighs 168 grams.