Samsung’s new firmware update have reportedly been rolled out in countries such as India, UAE, and Poland. 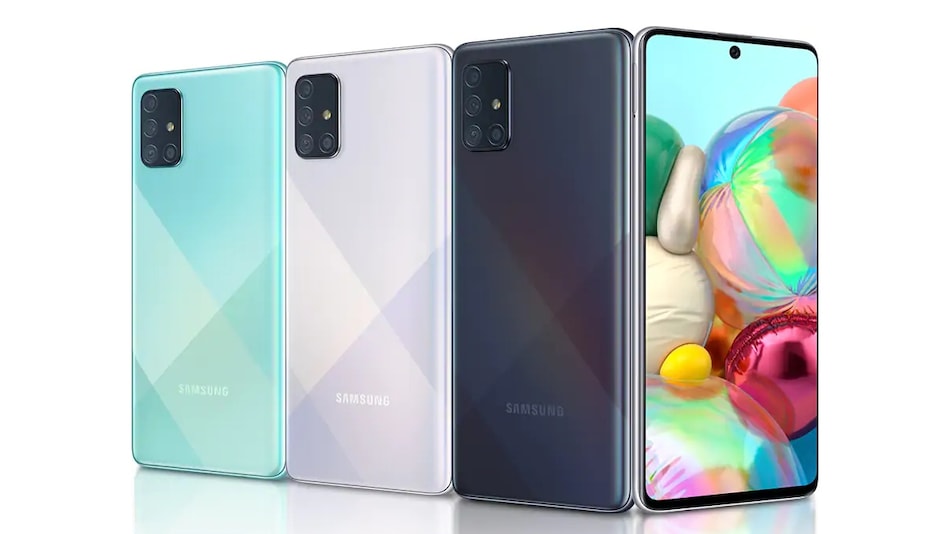 Samsung announced earlier this month that it plans to add several Samsung Galaxy S20 features to the Samsung Galaxy A51 and Samsung Galaxy A71 phones. These were reportedly rolled out to Galaxy A71 today as part of the One UI 2.1 update in a few countries, including India, Poland and UAE. The firmware update, with version number A715FXXU2ATG1, brings in several new elements from its flagship Galaxy S20 to the Galaxy A71. The bulk of the new features concern the phone's camera.

The firmware version A715FXXU2ATG1 is quite hefty as an update, with a reported size of 1749.73MB. As announced earlier, Samsung has added several camera features from Galaxy S20 such as Pro Mode, Single Take, My Filters, and Night Hyperlapse to Galaxy A71. Apart from a few performance and security improvements (thanks to the June 2020 security patch), the new update also adds features such as Music Share and Quick Share.

The new camera features are not only fun-to-use but these also allows serious shutterbugs to capture images in a more professional, controlled manner. In the Pro Mode, users can control Shutter Speed or even try their hand on Manual Focus. The Night Hyperlapse allows users to capture stunning videos of sunsets and city skylines in a low light scenario.

With Single Take, the user can take as many photos or videos they like, and then leave it to the AI and the camera system to recommend the best captures. With My Filter, users get an increased freedom of creating and customising stylish effects.

Music Share is a useful entertainment feature where users can play their music on any other compatible device connected to a Bluetooth speaker (like car stereo or standalone speakers), without having to pair and unpair repeatedly. Quick Share, on the other hand, acts like an Apple AirDrop feature, but only for compatible Galaxy devices.