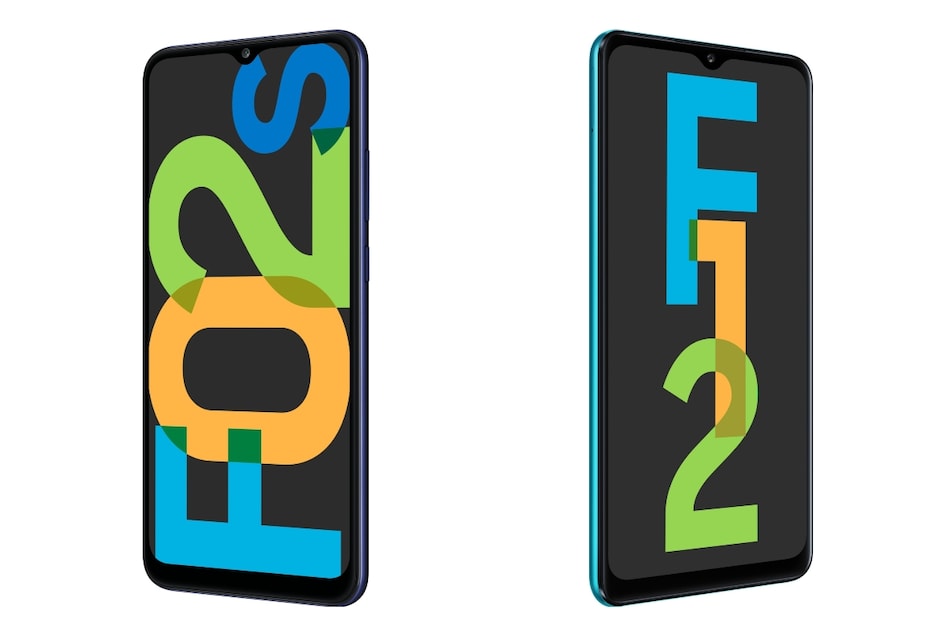 Launch offers on the Samsung Galaxy F12 include an instant cashback of Rs. 1,000 that will be available on purchases made through an ICICI Bank credit card or EMI transactions.

The dual-SIM (Nano) Samsung Galaxy F02s runs on Android 10 with One UI on top and features a 6.5-inch HD+ (720x1,600 pixels) HD+ Infinity-V Display that brings 20:9 aspect ratio. Under the hood, the Samsung Galaxy F02s has an octa-core Qualcomm Snapdragon 450 SoC, along with up to 4GB of RAM. The phone also comes with the triple rear camera setup that has a 13-megapixel primary sensor, 2-megapixel depth sensor, and a 2-megapixel sensor with a macro lens.

For selfies and video chats, the Samsung Galaxy F02s has a 5-megapixel selfie camera sensor at the front.

The Samsung Galaxy F02s has up to 64GB of internal storage that supports expansion via microSD card (up to 1TB) through a dedicated slot. Connectivity options include 4G LTE, Wi-Fi, Bluetooth, GPS/ A-GPS, USB Type-C, and a 3.5mm headphone jack.

Samsung has provided a 5,000mAh battery on the Galaxy F02s that supports 15W fast charging through the bundled charger.

Samsung has offered up to 128GB of onboard storage. Connectivity options include 4G LTE, Wi-Fi, Bluetooth v5.0, GPS/ A-GPS, USB Type-C, and a 3.5mm headphone jack. There is a side-mounted fingerprint sensor on board. Besides all this, the Samsung Galaxy F12 packs a 6,000mAh battery that supports 15W fast charging via bundled charger and is claimed to last for over a day.