Samsung Galaxy A52 5G debuted in Europe a few weeks ago. 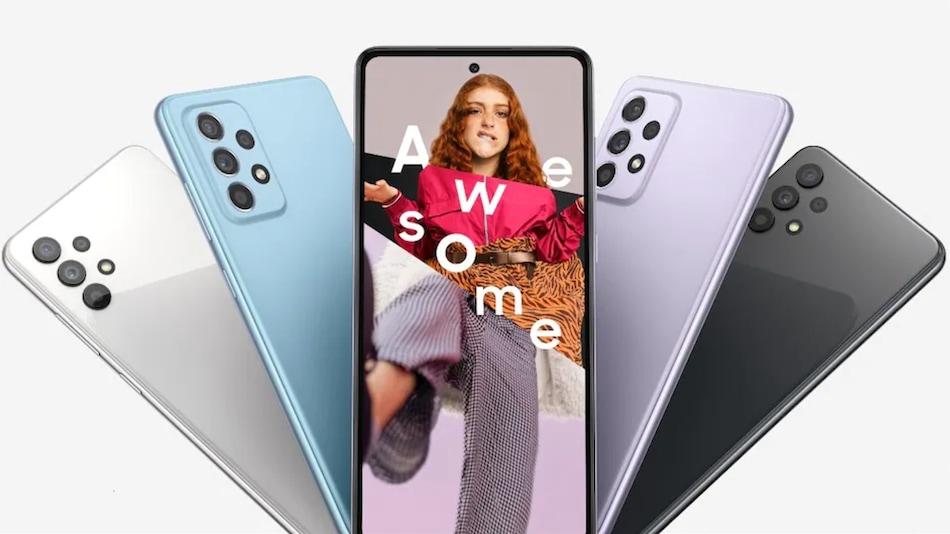 Samsung Galaxy A52 5G has reportedly been spotted on the Bureau of Indian Standards (BIS) website, suggesting imminent launch of the smartphone in India. Samsung launched a 4G variant with 90Hz display, and the 5G variant with 120Hz display in Europe a few weeks ago. Apart from connectivity option, the major differences between both the handsets are the SoCs under the hood, and the refresh rates of their displays. The 5G variant has 120Hz display, which means that customers in India are expected to get a high-refresh rate variant as well.

As per a report by 91Mobiles, the BIS listing shows that Samsung Galaxy A52 5G has model number SM-A526B/DS. A Samsung smartphone with a similar model number was also spotted on US FCC website earlier this year. The phone was also sighted on Bluetooth SIG certification site, however, it had a different model number. As mentioned, the phone was launched in Europe last month, and its price starts at EUR 429 (roughly Rs. 37,000). It debuted in Awesome Black, Awesome Blue, Awesome Violet, and Awesome White colours. There is no information on the India pricing yet.

Although there is no word on the specifications of the Indian variant, it is likely that both the models will have the same hardware. The dual-SIM (Nano) Samsung Galaxy A52 5G runs on One UI 3.1, based on Android 11. It sports a 6.5-inch full-HD+ Super AMOLED Infinity-O Display with 120Hz refresh rate. Samsung says that the phone is powered by an octa-core SoC. GSMArena says the handset packs a Qualcomm Snapdragon 750G under the hood, coupled with up to 8GB of RAM.

In the camera department, the phone is equipped with a 64-megapixel primary sensor, along with a 12-megapixel ultra-wide shooter, a 5-megapixel depth sensor, and a 5-megapixel macro shooter. At the front is a 32-megapixel selfie camera. The phone was launched with 128GB and 256GB of internal storage options. It includes a 4,500mAh battery that comes bundled with a 15W charger that supports 25W fast charging. Connectivity options include 5G, 4G LTE, Wi-Fi, Bluetooth, GPS/ A-GPS, and a USB Type-C port. The phone also comes with an in-display fingerprint sensor.