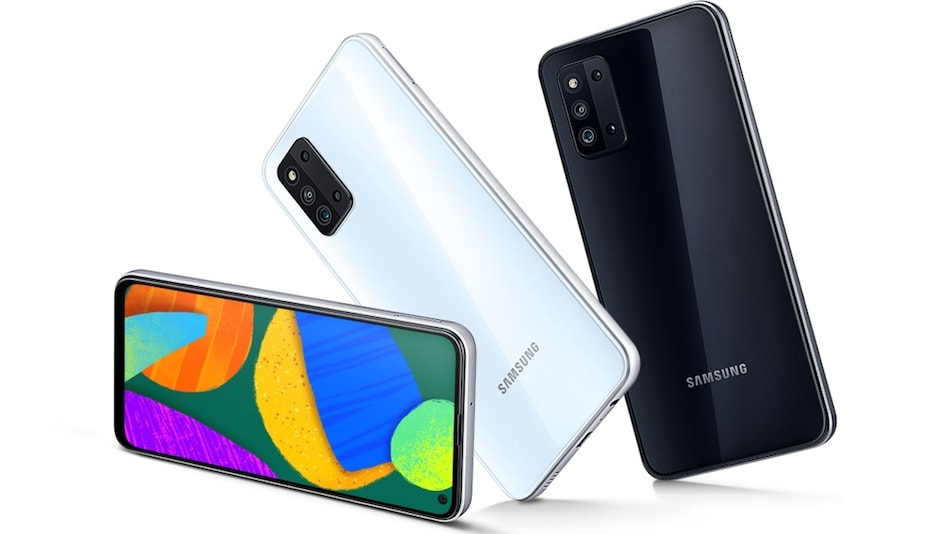 Samsung Galaxy F52 5G has been launched as the company's first 5G smartphone in the Galaxy F-series, which was first introduced in India last year. The new Samsung phone - with availability so far only for China - comes with a hole-punch display and has a Qualcomm Snapdragon 750G under the hood. The Galaxy F52 5G also offers up to 120Hz refresh rate. Other key highlights of the Samsung Galaxy F52 5G include quad rear cameras, 25W fast charging, and up to 1TB of storage expansion. The smartphone also comes preloaded with features such as an Eye Protection mode for reading on-screen content in dark and a Night mode for capturing shots in the night.

Samsung Galaxy F52 5G price has been set at CNY 1,999 (roughly Rs. 22,700) for the lone 8GB RAM + 128GB storage variant. The phone comes in Dusky Black and Magic White colours. It is currently available for pre-orders in China, with shipments expected to begin from June 1. However, details about the global availability and pricing of the Galaxy F52 5G are yet to be revealed. It's hard to say if Samsung will launch the Galaxy F52 5G in India, or bring a rebranded variant in the Galaxy M-series instead.

The dual-SIM (Nano) Samsung Galaxy F52 5G runs on Android 11 with One UI 3.1 on top and features a 6.6-inch full-HD+ (1,080x2,408 pixels) display with the 120Hz refresh rate. The phone is powered by the octa-core Qualcomm Snapdragon 750G SoC, along with 8GB of RAM. It comes with the quad rear camera setup that houses a 64-megapixel primary sensor with an f/1.8 lens, along with an 8-megapixel secondary sensor with an ultra-wide-angle f/2.2 lens. The rear camera setup also includes a 2-megapixel depth sensor with an f/2.4 lens and a 2-megapixel macro shooter.

For selfies and video chats, the Samsung Galaxy F52 5G has a 16-megapixel camera sensor at the front, with an f/2.0 lens.

The Samsung Galaxy F52 5G has 128GB onboard storage that supports expansion via microSD card (up to 1TB). Connectivity options include 5G, 4G LTE, Wi-Fi 802.11ac, Bluetooth v5.0, GPS/ A-GPS, USB Type-C, and a 3.5mm headphone jack. Sensors on board include an accelerometer, ambient light, gyroscope, magnetometer, and a proximity sensor. There is also a side-mounted fingerprint sensor.