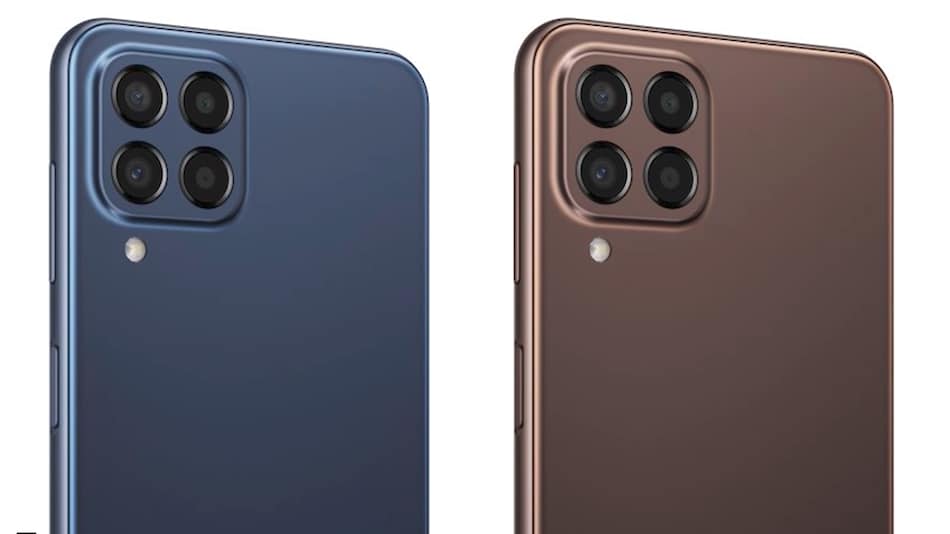 Samsung Galaxy M53 5G is expected to be launched soon. In a new development, a video has surfaced online that suggests the design and key specifications of the rumoured handset. It is seen sporting a hole-punch display in the video. Samsung Galaxy M53 5G is tipped to come with a MediaTek Dimensity 900 5G processor and is expected to feature a 120Hz refresh rate display. It is said to come with a quad rear camera unit headlined by a 108-megapixel main sensor. The upcoming Galaxy M-series phone was earlier speculated to come as a rebranded version of the Galaxy A53 for select markets.

As per the leak, Samsung Galaxy M53 5G will sport a 6.7-inch Super AMOLED display with a refresh rate of 120Hz. The handset could have a plastic finish. The Galaxy M53 5G is tipped to be powered by a MediaTek Dimensity 900 5G processor coupled with 8GB RAM and up to 256GB of internal storage. It is said to debut in two RAM and storage configurations — 8GB RAM + 128GB storage and 8GB RAM + 256GB storage.

For optics, the handset is said to come with a quad rear camera unit along with an LED flash. The camera will reportedly be headlined by a 108-megapixel main sensor, paired with an 8-megapixel wide-angle camera, a 2-megapixel macro camera, and a 2-megapixel depth sensor. For selfies and video chats, Samsung is expected to provide a 32-megapixel sensor on the front. Samsung Galaxy M53 5G is tipped to come with a 5,000mAh battery with support for 25W fast charging.