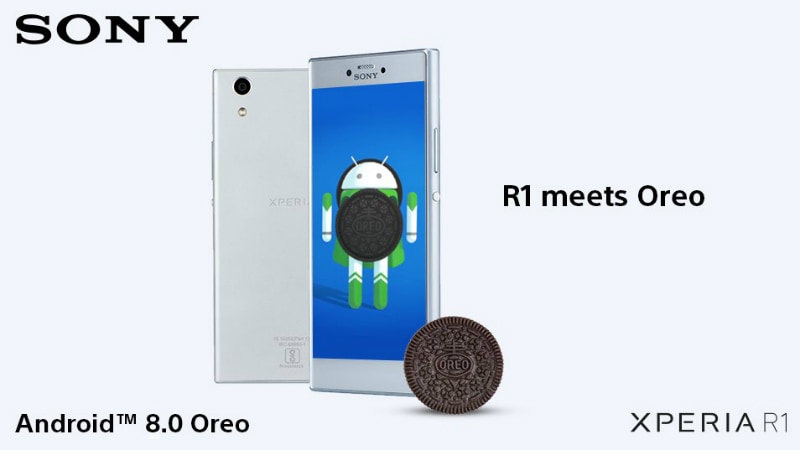 Sony India on Thursday announced the rollout of the latest Android 8.0 Oreo software update for its mid-range Xperia R1 and Xperia R1 Plus smartphones. These two phones were launched exclusively for the Indian market back in October last year, and Sony had promised an Android Oreo update for the two at launch. As promised, the rollout of the software update began last week for all eligible handsets. Additionally, some users have since reported issues like app crashes and touch unresponsiveness after updating to Oreo.

Apart from that, FoneArena cites user reports to claim the Xperia R1 and Xperia R1 Plus will also get features such as Xperia actions - an intelligent service that suggests actions based on interaction with games on the phone, contextual menus for app shortcuts, reminders for unfinished emails and messages, and more. Build number of the update is said to be S00111_180224. Users can check status of the update by going into Settings > About Phone > System update.

Both smartphones look the same and have similar specifications, except from differences in RAM and inbuilt storage. The dual SIM handsets now run Android Oreo, and sport 5.2-inch HD (720x1280 pixels) TFT displays. They are powered by an octa-core Qualcomm Snapdragon 430 SoC. The Xperia R1 comes with 2GB RAM and 16GB inbuilt storage, while the Xperia R1 Plus packs 3GB RAM and 32GB of inbuilt storage.

The Xperia R1 mid-range handsets bear a 13-megapixel rear camera with autofocus and LED flash. On the front is an 8-megapixel sensor. There is a 2620mAh battery backing internals on both the phones. Connectivity options include 3G, 4G, Bluetooth 4.2, Wi-Fi, FM Radio, and a USB Type-C port.